What is barrique grappa?

All barrique grappas are aged, but not all aged grappas are from barriques, Lev Tolstoy would have written this if his Anna Karenina were not a tale of unhappy families but of grappas that spend more than 12 months in barrels.

“Grappa barrique or barricata” is a term that is often confused or improperly used to generically refer to grappas that have aged for a more or less long period in wooden containers, of varying size and material.

Actually, with a MIPAAF decree dating back to 28 January 2016, the Italian law distinguishes between vecchia or invecchiata and stravecchia or Riserva, with a specification regarding the term barricata.

In fact, if grappa is bottled after aging for a certain period in cask, roughly between 12 and 18 months, and is certified by Customs, then it can be referred to as vecchia or invecchiata. On the other hand, if the aging period exceeds 18 months, reaching even over 30 years for distilled spirits of particular value and unquestionable richness of aromas, then that particular grappa will be labeled as stravecchia or Riserva.

In both cases we are talking about grappas with an aromatic bouquet characterized by the best traits of the vine of origin, enriching it with tertiary aromas such as cocoa, vanilla, spices and wood. Such features are proof of the skill and art of the distiller and they depend strongly on the type of wood used and the time spent in it.

But when are we talking about Grappa barrique or barricata?

Let’s start by clarifying one point, so that it is crystal clear as the best young grappa: what are speaking of when we talk about barrique.

The term “barrique”, which immediately recalls important liqueurs and meditation wines such as Bourbon, Sherry, Porto and Marsala, refers to small barrels of varying sizes, ranging from 225 liters (Bordeaux barrique) to 228 liters ( Burgundian barrique). Both types are made from French oak wood that, after being split into staves, is left to mature in bad weather for a period ranging from 2 to 5 years. The staves are then assembled to obtain the characteristic barrel shape and toasted. Toasting the staves on the inside using an open flame, which can be light, medium or intense, is fundamental in the process of barrique making. This step enables a series of chemical and physical reactions that will decisively affect the organoleptic characteristics of the wine, or in our case of the grappa, which will spend the refinement period within that specific barrique.

Again, according to the MIPAAF decree, only grappas that have spent at least half of the minimum aging period inside a barrique can be defined as barricata; such period will vary depending on whether it is a vecchia or Riserva grappa.

Grappa’s passage in barrique is an extremely delicate operation that shows the distiller’s ability and experience: the reduced size of the barrique and the extreme porosity of French oak allow a continuous exchange of oxygen between the distillate and the surrounding environment, triggering those oxidation reactions that can enrich or decrease the grappa’s color and flavors. Also, since grappa has a rather high alcohol percentage by volume, it will trigger the release of the wood’s noble substances such as quercina and tannins, which will greatly affect the final organoleptic profile of the product.

At the end of the aging process, a grappa barricata will have a color that ranges from gold to dark amber; it will be rich in very complex, almost ethereal aromas, such as hints of spices or tobacco; and present a round taste, smoothed by hints of vanilla and ripe fruit, depending on whether it is a grappa barricata vecchia or Riserva.

Grappa barrique or barricata is fruit of time and the distiller’s painstaking and meticulous experience, a product that also requires time and experience to be fully appreciated given its wide range of flavors and sensations. Perfect for quiet late winter evenings, accompanied by the excellent music of the wonderful company to share it with. 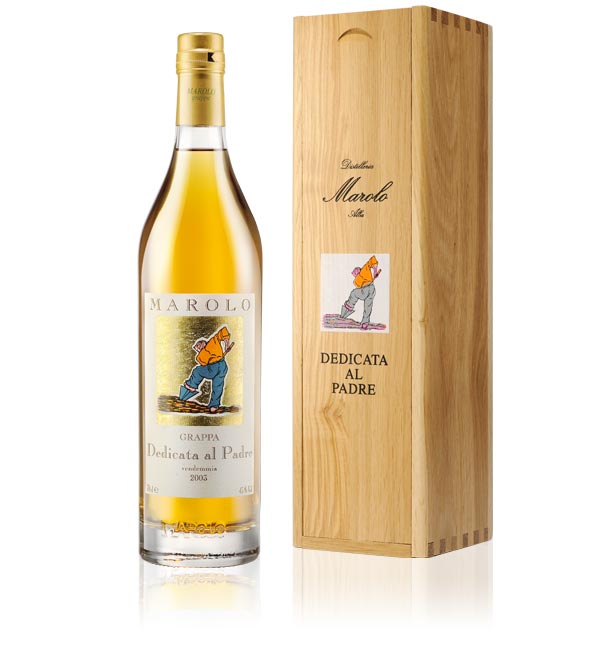 Discover Marolo’s grappas on our site!