It’s an easy word to say: “grappa.” Yet, this Italian distillate is made according to precise rules that not only secure centuries of tradition and characteristics, but act as a customer guarantee.

Not just any distillate may call itself “grappa.” In fact, only one may use this name. In our post What is grappa? we looked at what defines this Italian alcohol; here, we want to define what grappa isn’t, and bring to light some of its characteristics that aren’t always obvious or well-known.

1. Grappa is not a distillate made from fruit 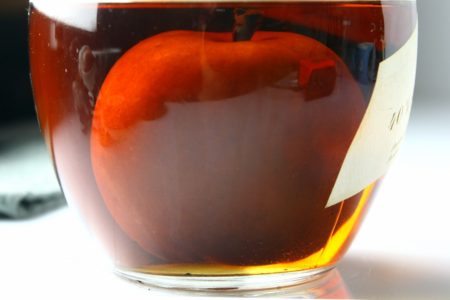 Calvados is distilled from apples, or apples and pears

Grappa is a distillate made only from pomace, or just the skins of the grapes (we do not use the stems or seeds). The pomace must come from vineyards cultivated in Italy. Therefore, any alcoholic beverage made from distilled fruit like plums, pears, apples, cherries, raspberries, or apricots is not grappa, for example; and neither is a distillate made from pomace that is not of Italian origins.

2. Grappa is not made from wine

If alcohol is distilled from Italian wine and aged in wood, then it is brandy; if made from French wine, it is cognac or Armagnac, depending on the region of production and the varieties of grapes used. Brandy and cognac, therefore, use the fruit and juice of the grapes, whereas grappa is obtained from distilling a mix of fermented pomace or the pomace of single varieties (and only Italian pomace, in this case).

3. Grappa is not made outside of Italy (with two exceptions)

Even if it’s made with distilled pomace, an alcohol may not be called grappa if it’s made outside of Italy (with the exceptions of Canadian ice grappa and grappa made in Canton Ticino, Switzerland). It may be called “spirits” obtained from pomace or must, but not “grappa.” This is a law by the European Regulation 1576/89 that allows only Italian production. The Decree of the President of the Republic 297 of 1997 states, “The denomination “Grappa” is reserved exclusively for spirits made from pomace that comes from grapes that are grown and vinified in Italy, and distilled and bottled in national territory”.

4. Grappa is not made at home

Even if home “grappers” do exist, Italian law prohibits the production of grappa at home, which is not subject to the proper legislated standards and quality control checks. The Decree states, “Whoever clandestinely produces alcohol or alcoholic beverages is punishable by law to six months to three years of imprisonment and fined from twice to ten times the amount of taxes evaded, in any case no less than 15 million lire.” In fact, home distilling presents a certain danger and cannot guarantee the safety of the product. Grappa, one might say, is like a snake: it has a tail (foreshots) and head (aftershots), and the head is the part you must keep under control, for that’s where the methanol and other alcohols that are highly toxic are. A professional grappa maker knows how to perfectly eliminate these to avoid poisoning the drinker. Finally, before entering the market, every batch of grappa produced must be analyzed by a certified state body, which then authorizes it only after it undergoes quality and safety controls. 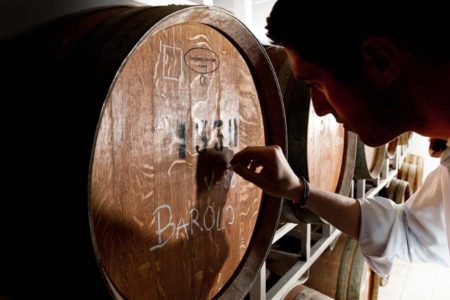 The Presidential Decree of grappa states that to be allowed on the market, a grappa must not be inferior to 37.5% alcohol by volume and not superior to 60%. The alcohol level must be reached as a direct derivative of the pomace in the case of “pieno grado” (non-diluted); or by adding demineralized water in the correct percentage and proportion.

6. Our Grappa is not industrial

All grappa from the Marolo distillery is of artisan quality, and not made with industrial methods. We use a discontinuous cycle with a double boiler, called the cotta or “cooked” process, which increases distilling time and the complexity of the work, but the resulting grappa is very smooth and subtle. Master distillers keep the temperature under strict control in order to obtain only the heart of the grappa, eliminating the head and tail, both of which contain inferior quality flavors and aromas. The process requires careful attention, dedication, and patience in every phase. The results, however, completely repay the efforts with a grappa that has distinct and diverse characteristics and recognizable traits from the raw material.