Extra dry is the dry version of White Vermouth. Unpublished, of sparkling freshness: pure «dry» pleasantness that scales the vertices of mixing.

To make an excellent Vermouth it takes great base wines. It is no coincidence therefore that the best “fortified”, as well as the Vermouths were known in the past, were born in Italian and French territory.

If Red Vermouth is certainly an entirely Italian invention that has a place and a date – 1796 in Turin – that of the Extra Dry version is bound together with the French cousins. In the eighteenth century, the contamination of the Kingdom of Savoy and France were certainly not few. French was a common and widespread language on both sides of the Alps: fashion, literature, music, art and architecture were in osmotic relation, that is, they crossed borders without a solution of continuity and, many times, it was France that dictated the rules of good taste.

Not in fact of Vermouth though: here the blue of the House of Savoy was able not only to equal but to overcome the French cousins ​​in terms of novelty, taste, recipes and traditions. A widespread fashion that quickly passed into France, developing highly respected artisan production.

As a base wine for their Vermouths, the French decided to use only dry white wine, a choice that favored the dry, aromatic and bitter taste of their fortified wines. It is said that the first producers of Extra Dry Vermouth – that is super dry – were the two “Joseph”: Joseph Noilly, southern France herbalist, Joseph Chavasse, who developed his business in Chambery. Noilly gave life in 1813 to what became the Noily Prat, using white wines from Languedoc, while Chavasse focused on the aromas and essences gathered in the mountains of Savoy.

The success of the extra dry and its excellent mixing returned to Italy, where the most skilled botanists, like Domenico Urlich, spread this drink widely, using the great Piedmontese liqueur and linking it in a peculiar way to the botanicals of the territory.

The original recipe of the nineteenth century, developed by Domenico Ulrch, was reworked by Marolo in a delicate dress, rich in aromas, with notes of walnut, lemon and wild berries. The wine used is 100% Piedmontese, just as it was during the origins, as well as most botanicals. Domenico Ulrich Extra Dry Vermouth finds its peak on the rocks, mixed with an excellent gin, vodka or bitter with currant and red fruit toppings. 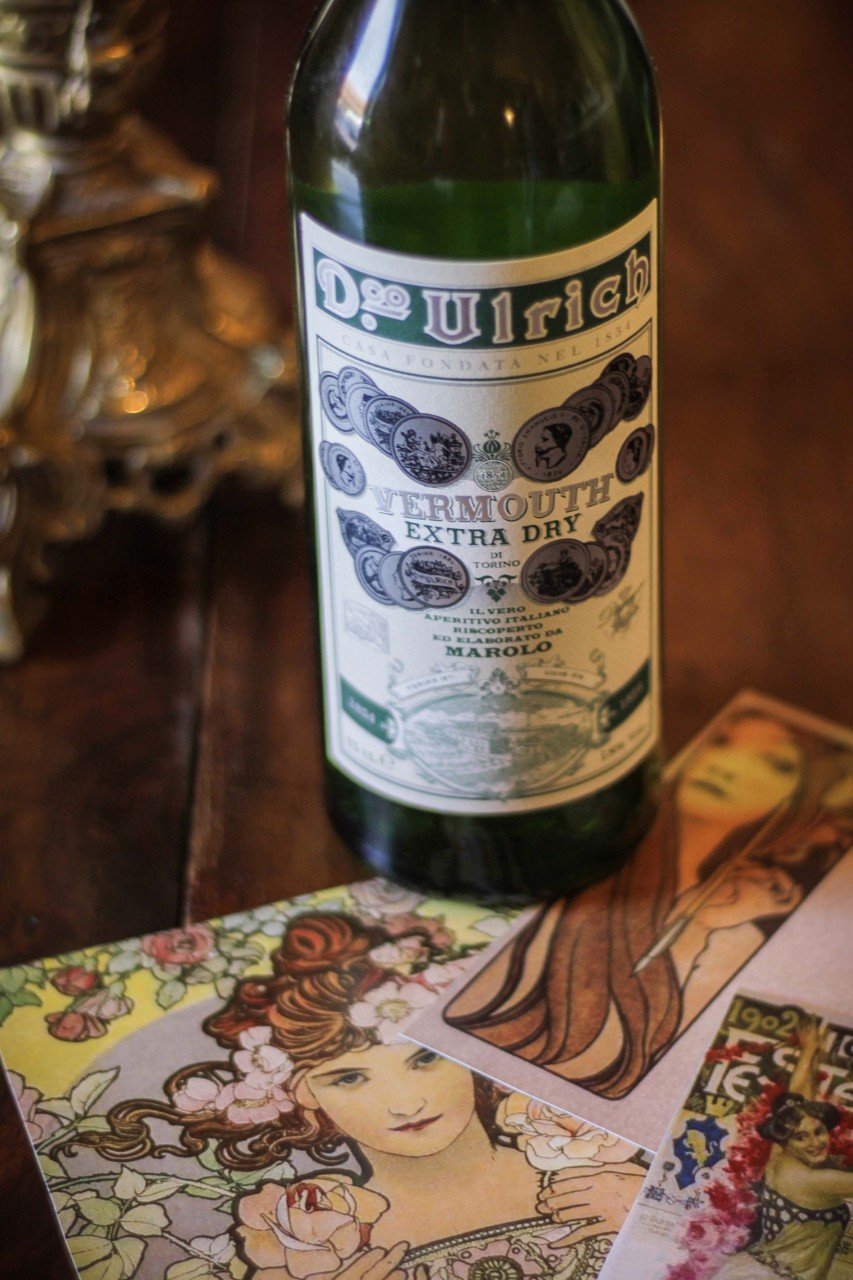 Fill the glass with ice cubes. Add all the ingredients. Stir and pour into a cocktail glass. Garnish with a maraschino berry.