In this blog we mainly talk about Grappa, but, from time to time, we like to extend our interests to the world of spirits and liqueurs.

After having talked about the most alcoholic spirits in the world, this time we are dealing with “ancient spirits”, that is, those spirits still on the market which, thanks to a surprising longevity, can literally make us taste a piece of the past.

Be careful though. The relationship between old and good, in the art of the distillery, is not proportional. That is, it is not said that what is older is automatically better. It is the harmony between aging and the quality of the distillate that creates a masterpiece capable of withstanding over time and – if well preserved – over time.

Among the rare bottles of Glenfiddich, this single malt scotch whiskey has been aged for 50 years in two different barrels. Only 50 bottles are released each year. Strong floral nose of rose and violet petals; a slight tannin defines the aromatic profile giving way to toffee, aromatic herbs, vanilla, orange marmalade and a hint of peat lead. It is not for all budgets as a bottle costs more than $ 30,000. 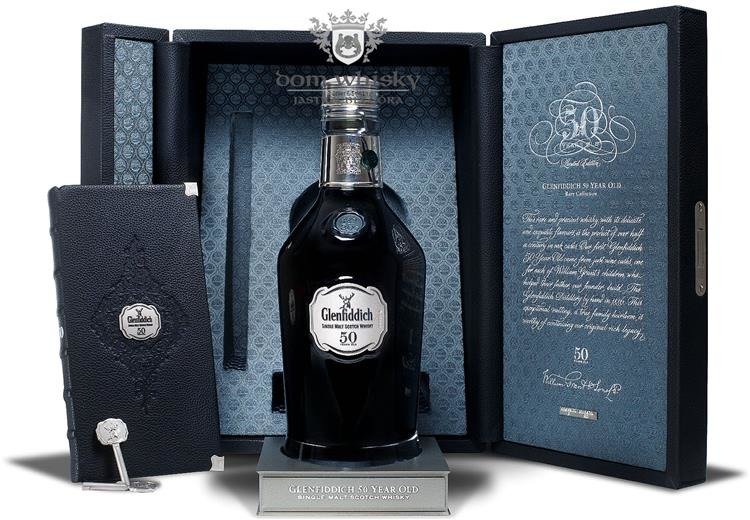 This extraordinary single malt is the oldest expression released by Glenmorangie to date in just 503 bottles (which are crystal decanters). Pride’s baptism was accompanied by an exclusive piano composition by famous jazz musician Aaron Diehl, copied for the occasion. An incredibly complex and rich but delicate whiskey, thanks to its long life in ex Bourbon and ex Oloroso barrels.

Armagnac, a brandy produced in the French region of Gascony, is among the alcohol categories that boasts some of the oldest age claims in the world of spirits. Its raw material is in fact wine which, thanks to the balance between tannins, sugars and acids, can withstand enormous aging, much longer than spirits obtained from agave, cane sugar or cereals. Currently, one of the oldest bottles of Armagnac Castarède on the market is from 1963.

This absolutely stunning bottle looks like it belongs in a museum. Not surprising given its origins in one of the oldest distilleries in France. The 1937 Dartigalongue is one of the few extremely rare vintages, the oldest examples of which (which today can be counted on the fingertips) date back to 1848. It is one of the oldest Armagnacs on the market. 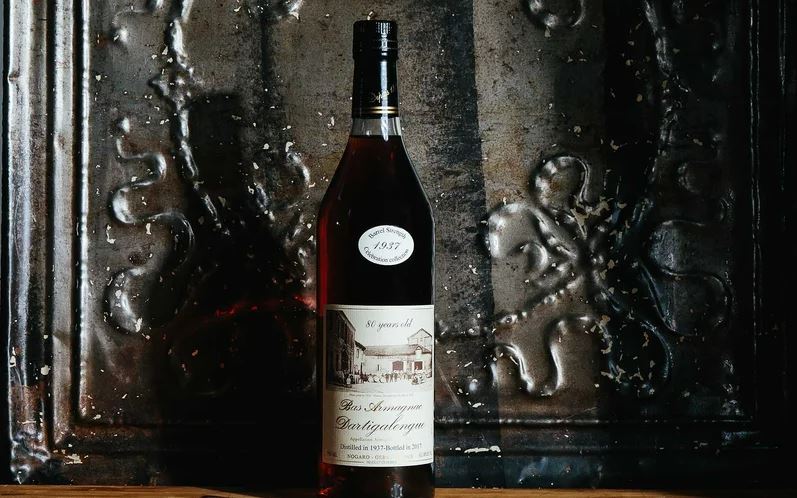