Pomace, fire and… wood: these are the key elements that make up grappa.

The pomace is the body, the physical element that encloses grappa’s original characteristics. Fire is its soul, the intangible «breath of energy» that transforms matter into «spirit». And how about wood? What is its role in the production of grappa?

This new entry for the series Anatomy of Grappa unveils the essential role that wood plays in the evolution of our favorite distillate.

Paolo Marolo, founder of the homonymous distillery, has provided one of the most interesting definitions of wood’s role in the production of grappa. He compared wood to a custom-made suit: «During aging – says Paolo Marolo – the distiller is like a tailor. He uses the barrels to sew tailor-made suits. Just like a true stylist, he does not try to hide the grappa’s “body” but aims to bring out its natural beauty». For those who produce grappa, the wooden barrels are a means and not an end. Wood serves as a tool through which an already excellent distillate develops greater elegance, delicacy and sensorial richness. To reach utmost nobility.

THE NATURE AND ART OF AGING

The wood of the barrels facilitates an intimate contact between grappa and the idea that the master grappa maker has for his “creation”. Choosing a barrel (or an aging process that will include several barrels) is a bit like helping a teen choose which high school to attend. One must understand his true vocation without forgoing his education: his natural abilities must be consolidated through proper teaching to enable him to develop adult skills. In the same manner, grappa has a certain nature that comes from the characteristics of its variety of origin. These characteristics must never be underestimated nor eliminated through the use of wood, otherwise much of the intrinsic quality of the distillate will be destroyed. But once the aging process has been chosen, wood does not remain an inactive element. It slowly interacts with the grappa’s alcoholic component to enrich it with aromatic substances over time, allowing it to “mature”. A grappa aged in oak barrels will certainly be different from one aged in cherry wood. A barrel used for Barolo Chinato (just like one used for Grappa di Barolo 10 anni) will give very different hints compared to one used to refine Sherry.

We cannot fully explore all the possible combinations of wood essences and second passage barrels (those that were already used for aging wines and spirits ) in this article. But a master grappa maker knows all the aromatic nuances that each wood can give grappa and, starting from all the possible combinations, he senses the evolutionary potential of his creation. Just like distillation, the exquisitely artisanal science and art of aging is what makes or breaks grappa.

The encounter between wood and grappa not only leads to the organoleptic transformation of the distillate, but also determines physical and chemical alterations that profoundly change grappa. The wood releases “essences” that a master distiller skillfully combines; but it also serves as a point of contact with the outside world, particularly with the air and humidity present in the aging rooms. Wood is a porous and transpiring living material. Therefore, aging in wood must be considered as a dynamic and active process, not something sterile and airtight.

During aging in wood, grappa undergoes two types of “movement”. The first consists in the contraction/ dilation due to the natural passing of the seasons. Cold temperatures cause the distillate to contract in the barrels, while heat increases its volume. This natural alternation (which is carefully avoided with wine by ensuring air conditioning in the aging rooms) is done on purpose: it allows the substances contained in the wood to seep into the grappa, prompting chemical reactions which endow the distillate with tertiary aromas (tobacco, wood, cocoa, coffee, licorice, vanilla …) over the years, as well as its characteristic amber color.

The second movement is transpiration. Wood allows oxygen to flow in and out of the barrel, which leads to a slow reduction in volume. Oxygen and other volatile components of grappa (particularly water and alcohol) pass through wood and, by osmosis, filter outwards to finally evaporate. The portion of grappa that evaporates is the so-called Angels’ Share: the process involves a natural decrease in volume of distillates that age in wood. The Angels’ Share (it was once believed that the portion which evaporates went straight to heaven) can be a substantial loss, even reaching 40% of the total volume for a 20-year-old distillate. But it is essential to the process. It enables the slow and progressive concentration of grappa’s alcoholic volume while, at the same time, promoting a natural and lasting stabilization of physical and chemical transformations that occurred due to the transpiring action of wood. 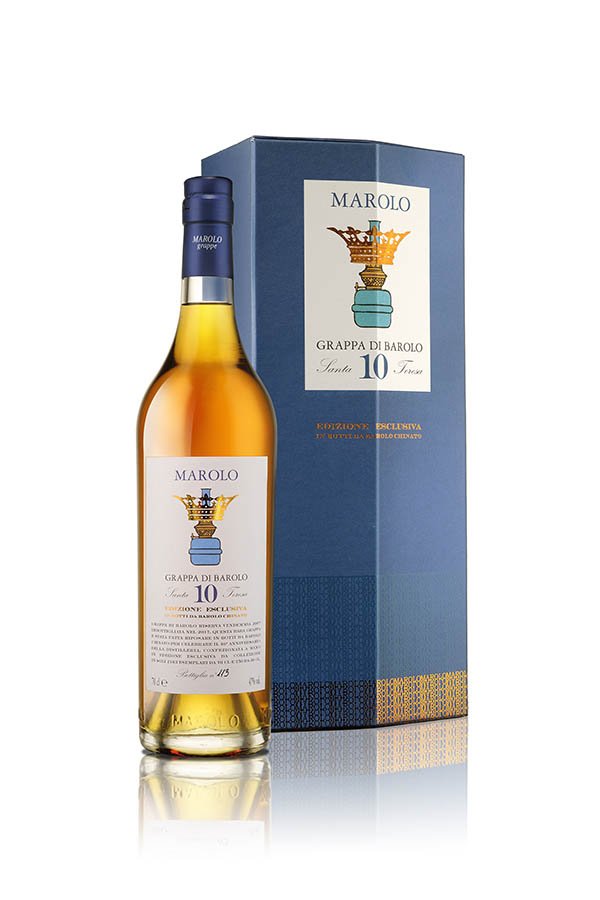