The History Of Vermouth: From Turin To The World

Vermouth represents the history, legend and evolution of Italian drinking. The symbol of Piedmont’s Belle Époque, which was exported and imitated all over the world, today Vermouth is rediscovered and enhanced in its ancient formulation.

A “DROP” OF HISTORY

The origin of Vermouth is contended with France, but the cafés of Turin were the ones that launched the trend of aperitifs with Vermouth all over the world.

But how was the most famous bitter wine in the world born?

In the past, Vermouth was produced in some areas of Piedmont during winter using medium-sized barrels that were exposed to the cold, allowing for a slow infusion of wine and herbs. Wine, alcohol and medicinal herbs were mixed according to a secret recipe that was handed down from father to son.

Alcohol was needed to fortify the drink since the white wines used didn’t have enough alcohol (Vermouth was originally “white”). This method began to be practiced less when wines from Southern Italy started to be utilized. In Piedmont, Moscato and Cortese were the most used varieties, to which local herbs are added: mugwort, yarrow, chamomile, hyssop, savory, marjoram, sage, clary, elderberry and thyme. But exotic herbs are also mixed in: cinnamon, cardamom, cloves, coriander, nutmeg, vanilla and saffron. 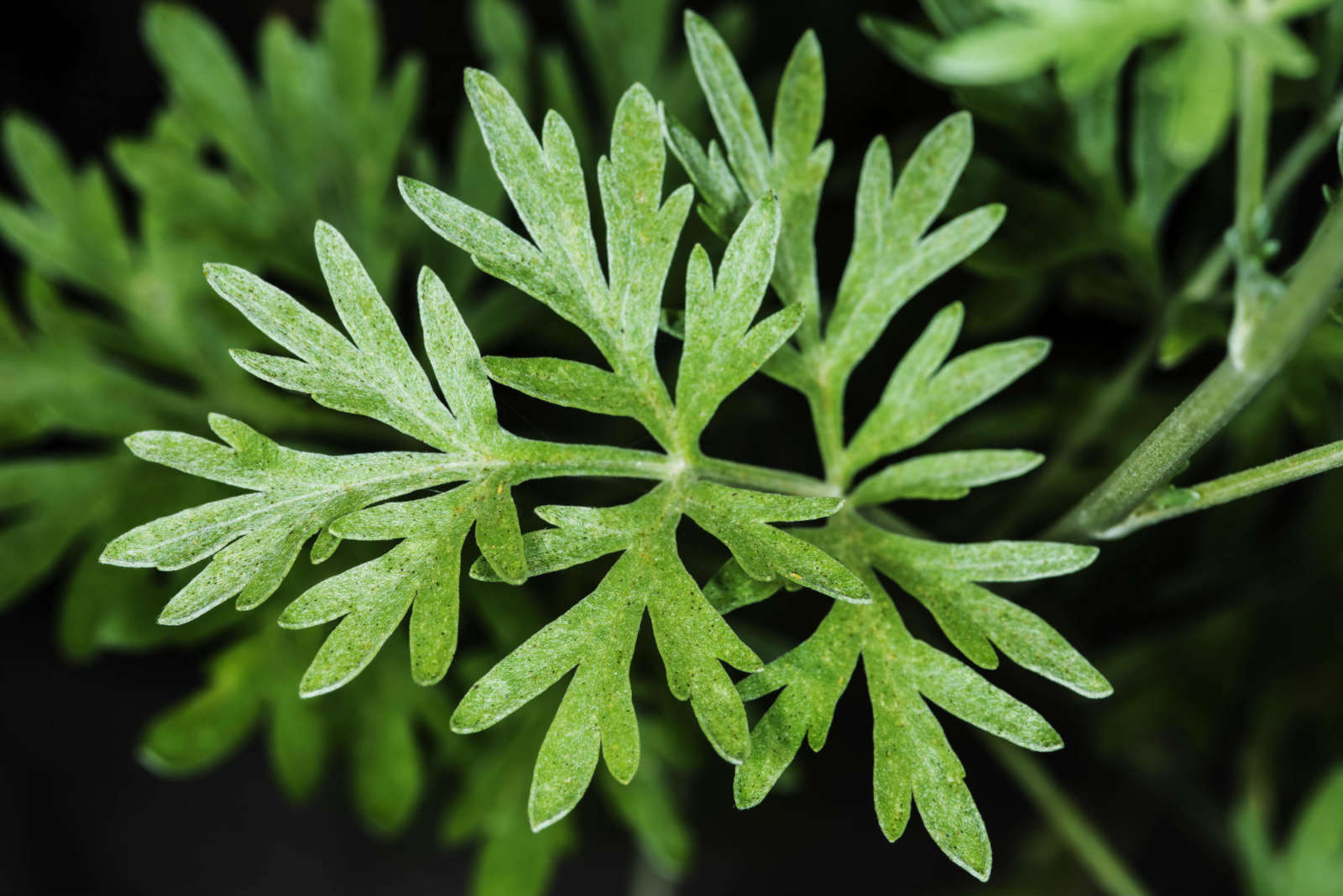 The mugwort plant, the main and bittering ingredient of Vermouth

Vermouth’s fame is inextricably linked to Piedmont, particularly to Turin where, at the end of the 1700s, preparation of this flavored wine became a form of art. Vermouth was “owned” by pharmacists and “apothecaries” who used their knowledge to produce invigorating and perfumed extracts: elixirs passed off as miracle remedies for all ailments. In the mid-1800s, the first wave of industrialization also swept over Vermouth, which began to be produced in large quantities. The ancient “pharmacist” recipe became the source material for the creation of a widely consumed aperitif that, at the turn of the new century, began as a trend in Turin, later spreading all over the peninsula.

One of the great names for herbal medicine in Turin was Domenico Ulrich, a botanist, pharmacist and entrepreneur. He created the formula for numerous alcoholic beverages, including some Vermouth and Amaro that were highly popular in the past. Marolo has recently rediscovered and re-elaborated Ulrich’s ancient recipes, producing a range of Vermouths with an unmistakable vintage style.

FROM PIEDMONT TO THE WORLD

Thanks to the first Savoy entrepreneurs, Vermut was exported across the border, arousing immediate success and bringing forth numerous imitations. It was called «Vermouth» in France, and this was the very name with which the drink gained its widespread fame. In the United States, where mixology was gaining ground, Vermouth became one of the main ingredients of many cocktails. This success led to the creation of more bitter wines infused with herbs and spices, including chinato wines and the so-called “Americano”, Vermouth-based wines mixed with bitter, resulting in a drink with a more pungent taste.

After the Vermouth boom of the early 1900s, production declined after the war. In recent years, some large producers permanently closed while others decided to give up Vermouth in favor of more sugary and «easier» products. Market research showed a progressive decline in the consumption of beverages with high alcohol content, with consumers preferring lighter and softer drinks. Vermouth (almost) became nothing but a memory, something drank in village bars by wistful enthusiasts.

The 2000s and the popularity of vintage aesthetics, which entailed the search for rare and authentic products, brought Vermouth back to its former glory. It was no longer a standardized product, but a flavored wine that combined ancient recipes and craftsmanship to create a unique drink that reveals the right balance between the vine of origin and native essences. Vermouth returned as the symbol of Italian mixology, which had dominated the early 20th century. This return to the origins has particularly fascinated the new American mixologists, leading to the birth of cocktails. It is no coincidence that, in the last five years, dozens of new brands have flourished, and numerous historic cellars have recovered their family recipes. Vermouth was born as a homemade flavored wine to drink with relatives or during special occasions: today, with a more refined guise, Vermouth regains its exclusive Italian style, symbolizing the perfect mix of tradition and innovation.