Rum and Grappa, all the differences

In the beginning (perhaps) was the «brum».

This was how the ancestor of Rum was called in what is now Mainland Southeast Asia. The Malays used this term to refer to a kind of “wine” made from sugarcane. The drink was much loved by the Dutch and their ships were always loaded with brum whenever they set sail from the Indies.

In his famous book, Marco Polo describes a liquor made from sugar that was offered to him when he stayed in Iran. However, he may likely be referring to Arak, a widespread drink in the Middle East: this liquor is much more similar to Grappa because it is made from the distillation of wine and is still produced today with the addition of aniseed.

While there is quite a controversy on Rum’s ancient origins, its modern history offers more certainty. Rum was first distilled in London in the 15th century: sugarcane imported from America was fermented and then distilled.

So Rum was not born under the Caribbean sun, but beneath the much paler skies of England. But the Caribbeans soon realized that this European “thirst” could be highly profitable: they shortly secured its monopoly as they could rely on the proximity of the sugarcane plantations and the low-cost labor (as we would say today) of the African slaves.

FROM MOLASSES TO RUM

The first Rums of the 18th century were produced by fermenting molasses, a by-product of sugar processing. But the product was unrefined and impure, a far cry from the crystal-clear drink we are all familiar with. Accounts from the 1600s referred to Rum as the «kill-devil», a cheap and “intoxicating” drink consumed by the lower classes to temporarily forget their misery. Rum was also a popular drink among sailors, who then brought it throughout the world.

But Rum as we know it today started to be produced in the 18th century. Improved distillation techniques and wood aging processes turned the kill-devil into a highly sought-after product that invaded international markets and enriched its producers. Rum is produced in the Caribbean, but also (and especially) in New England, where it was such a precious commodity that it was used as currency.

Most Caribbean Rums are liquors made from molasses, which is made from sugarcane. After lightly pressing the canes, the juice is centrifuged and left to rest. The sugar crystallizes on the surface, while a very sweet amber juice is left on the bottom. This is molasses, the primary ingredient for making Rum: it is mixed with water and yeast, fermented and then distilled.

The quality of molasses (which is often centrifuged several times to obtain more sugar until it is completely consumed) is the key element that determines the quality of Rum. High-quality molasses contains 80% sugar: a lower percentage produces Rum with lesser aroma and structure. 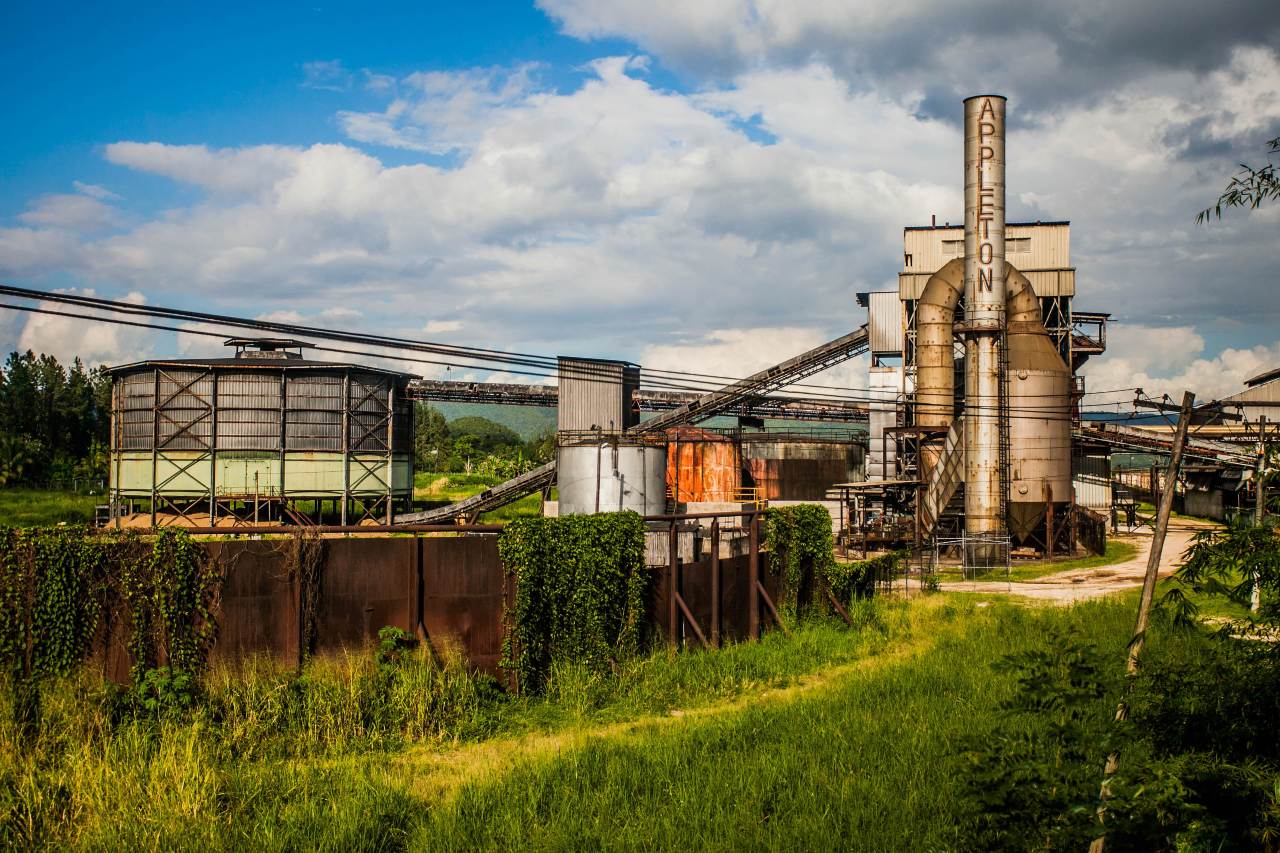 Today, most Rums are produced in industrial quantities using continuous stills that guarantee production of enormous volumes of this liquor. But smaller artisan producers carry on as well: they do not ferment molasses, but the juice extracted from sugarcane. This is called “Agricultural Rum”, a softer, more complex and aromatic distillate.

Rum is always aged in wood, otherwise it is called «aguardiente», a generic term for alcoholic beverages. However, there are no fixed regulations and producers often make use of various (often fictional) names.

There are white rums, or those that age for at least 3 months in barrels that do not release pigments, that are called «Carta Blanca», «Plata», «Blanco», «White Label»: all names that describe the liquor’s color. While rums aged for a few years can be labeled as «Paille», «Superior», «Gold», «Carta de Oro». Rums that age for an even longer period, usually between 7-8 years, are called “Anejo”, “Especial”, “Reserva” and “Gran Reserva”.

THE DIFFERENCE WITH GRAPPA

Now that we know how Rum is made, let’s see what distinguishes it from Grappa. The first and most important difference lies on the raw material used: Grappa is made from pomace. Another major difference is aging: in Italy, the aging process for grappa has very strict regulations that categorizes the finished products into young, barricata, aged and riserva.

Another important difference lies in the origin. Rum is made with sugarcane that can come from any part of the world, while the same does not apply to grappa: the latter has precise “geographical limitations”, exclusively using pomace from grapes grown on Italian territory and previously utilized for wine production.