To each his own grappa: advice on giving the “Christmas spirit”

Grappa is a world of flavours endowed with a complexity and a variety that we sometimes forget. While at one time there was only white, almost transparent grappa, with a strong, pungent taste – a muscular drink that was more like gasoline than a liqueur – nowadays its various interpretations have attained a notable depth of expression.

Marolo produces a vast range of grappas, both young and aged, from numerous grape varieties in Piedmont and throughout Italy, respecting the characters of each variety and enhancing the differences offered by nature.

If you are thinking of giving grappa for Christmas, why not try to make a personalised choice, in which the characteristics of the “Italian spirit” par excellence are matched to the person who will receive the gift? In this post we aim to suggest some ideas.

THE PERSON WHO IS NEVER SATISFIED

He or she likes things that are recherché but not too much. The mainstream fascinates him\her, but at the same time he doesn’t want to be labelled as ordinary.  When he goes to the seaside he\she says that he misses the mountain air, but when he is in the mountains he does not feel those connections that link him\her to the waves. For such a complicated person, certainty is needed, products with few nuances, but decisive, striking colours and strong flavours, but not excessive. Try giving him\her a Grappa di Barolo Marolo, the quintessence of Piedmont grapes, child of the King of Wines. Unique, as are all the classics, always surprising, full-bodied, fragrant, full of character. It never disappoints and, we assure you, will not make him wish for a different grappa. 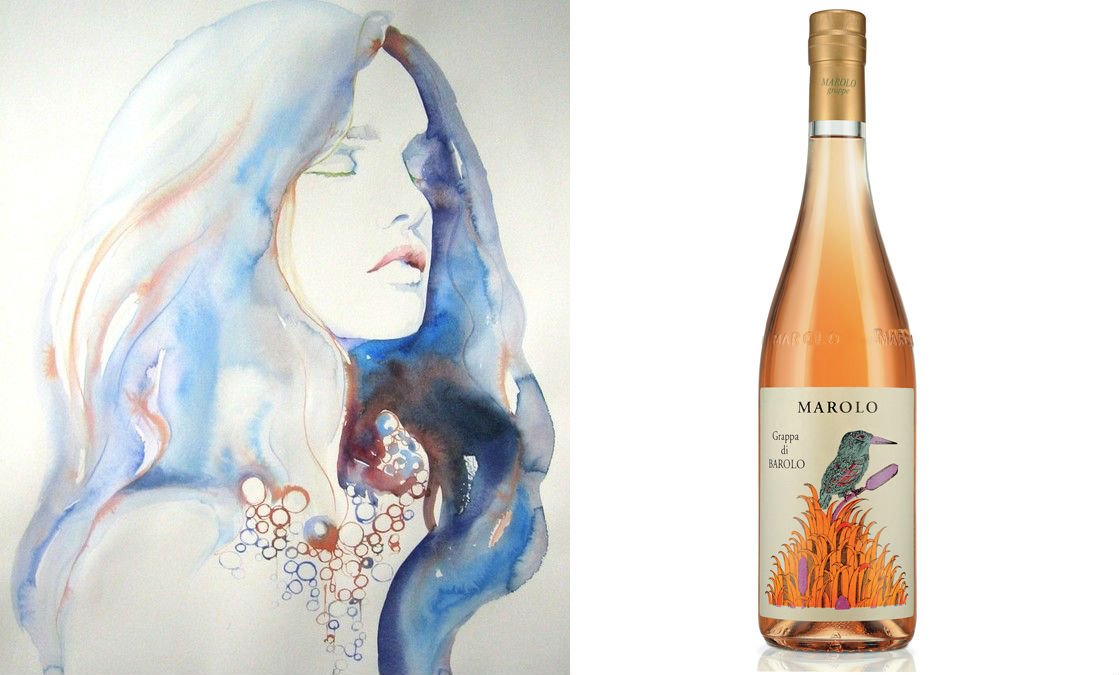 When he chooses a flavour of icecream it is always mulberry. If it is not available, he turns on his heels, in a huff. For him, only artisan beers the names of which he cannot pronounce.  He listens to music by groups that are so indie that when they become famous they split up. He always wears shirts with a particular logo, in indefinable colours which he describes by using the spectrophotometric definition, and chooses restaurants where the menu lists dishes that each have at least 24 ingredients. For such a “type”, a really special grappa is needed. Try Marolo’s Doppio Fusto, made from a selection of marcs that are fresh and still dripping from the best Italian wines: Barolo, Barbaresco and Brunello. Distilled using the bain-marie method and allowed to mature in two barrels of different wood. From their perfect balance comes their rich, all-embracing character, with spicy and fruity fragrances that are extremely attractive. 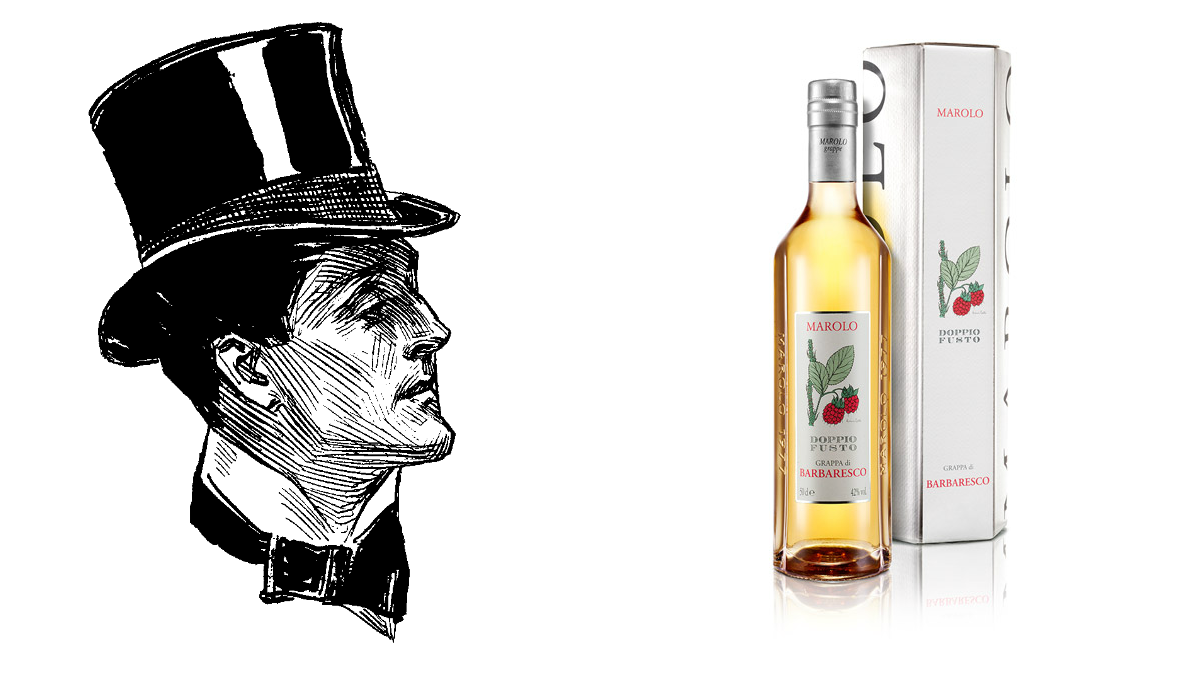 Do not call him a taster. Not even an expert. Absolutely not. He is a hunter, someone who wants one thing and just that one thing and who is prepared to spend time, money and energy to get it. A determined type. When he gets something into his head, beware of stopping him. Give him one of our Grandi Riserve. They are unique grappas, which retrace the history of Marolo grappa, from the years when it was first distilled right up to the present day. They are our standard-bearers, grappas with long ageing, made entirely from Barolo nebbiolo grapes. Amongst the 1989 to 1983 vintages you will find the grappa for your “specialist”. 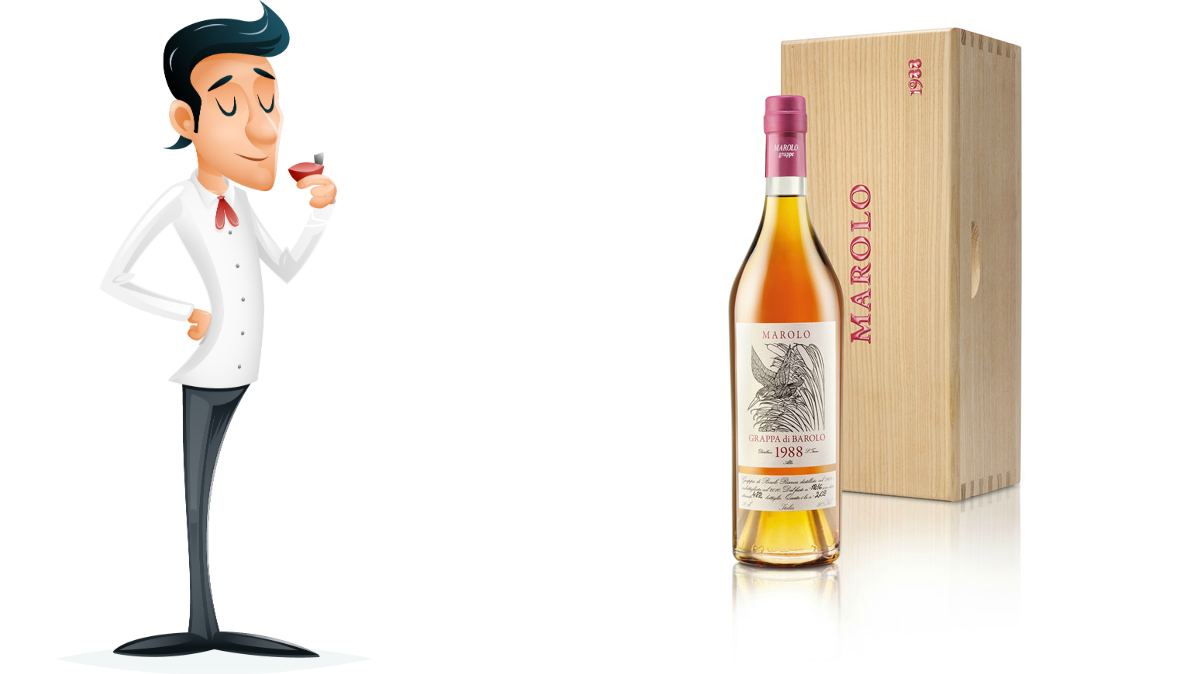 The “Noughties” will be remembered for having given birth to the foodies, those people halfway between gourmets and shamans, between those who love being at table and who think that through food they can enhance the perception of themselves. They pay attention to taste, but also to the provenance of a product, its typicality and the euphoria of the senses. Try to win over foodies by giving them a Grappa e Miele Di Rododendro (under the banner of Slow Food).  A territorial grappa, all-embracing, fragrant, linked to the tastes and scents  of the Piedmont Alps, from which comes the wonderful Rhododendron honey. 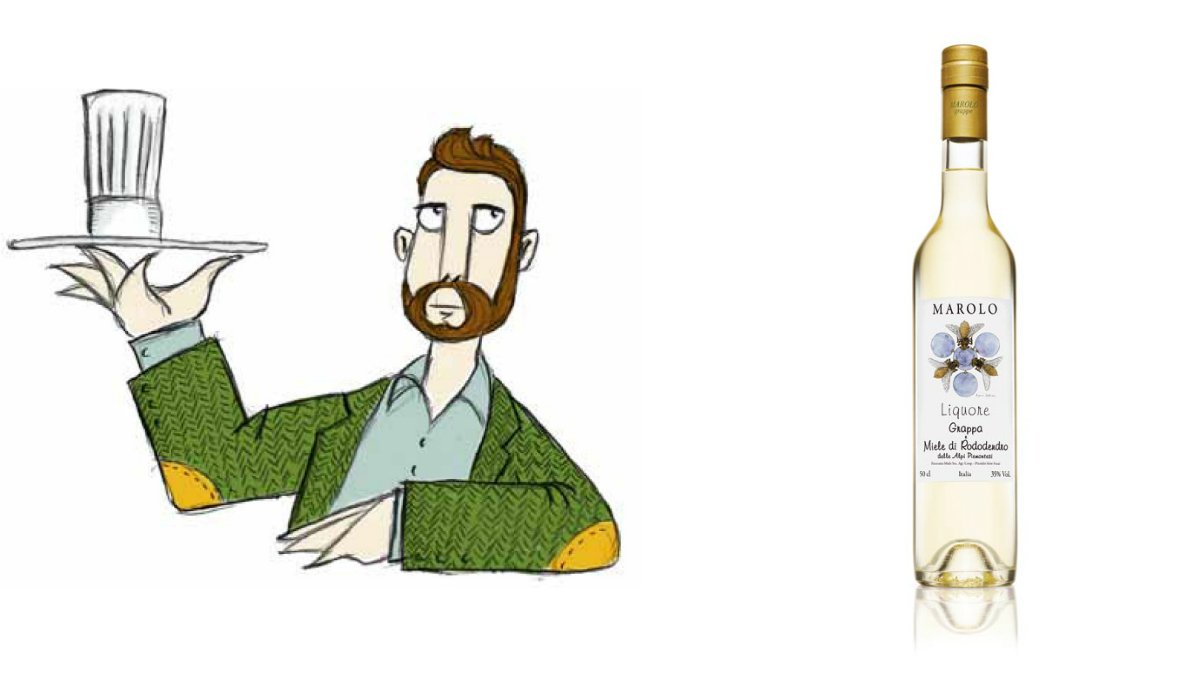 Immediately after the foodie, how to forget the hipster? Difficult to define, they can be recognised by their long beards and their improbable hairstyles, clothes in flamboyant colours with floral or geometric patterns, passionate about all that is vintage, filtered with a strong dose of technological “nerdism”. We have the right product for him also. Give him Amaro Ulrich, a perfect coupling of tradition and innovation. Amaro Ulrich is the rediscovery by Marolo of the most famous amaro of the end of the 19th century: it underlines and enhances the Piedmont passion for the art of liqueurs with a modern touch and an appealing taste. And also, we must say that the packaging is a little jewel of retro style. 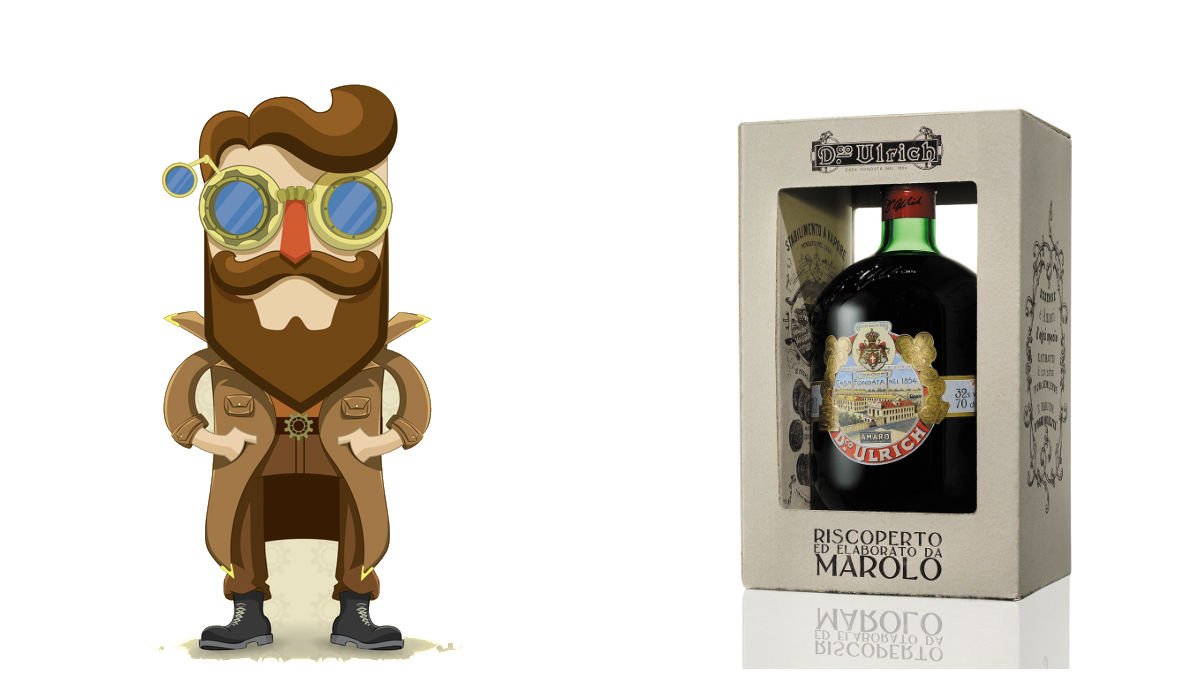