“Super” Spirits, The Most Powerful Distilled Alcohols In The World

We usually talk about Grappa on this blog, but from time to time, we like to extend our stories to include ones from our surrounding world of liqueurs and distilled alcohols. We have already compared grappa to the most well-known aquavit, as well as sharing how people toast around the world.

Today we are going to be talking about spirits, or superalcoholici, and we mean ‘super.’ This is a list of the most powerful spirits available. Strong enough to lift even the coldest ‘spirit.’

The story goes that in 1812, in order to prevent Napoleon’s conquest of Moscow, the Russians set it on fire. It was better to raze the capital than see it occupied under the waving French flag. The heat of this national passion continues to be felt in the Fuoco di Russia, a distilled alcohol first produced in Brescia in 1886. You can trace the history in its label, bright red colour and above all the lucifer-like ‘temperature’ it achieves at 70%. Distaste, hate, domineering: mother-in-laws generally have a bad rap. Even the milk in their fridge can be regarded as pungent. Or so says Bortolo Zanin, the Venetian innkeeper, who in the late 1800’s, created Latte di Suocera, one of the most successful and caustic liquors to ever hit the Italian market. The Latte di Suocera is a cold-infused distillation of berries and alpine herbs that is then mixed with alcohol and aged in oak barrels. Today it is generally used in flambé cocktails due to its higher level of alcohol. 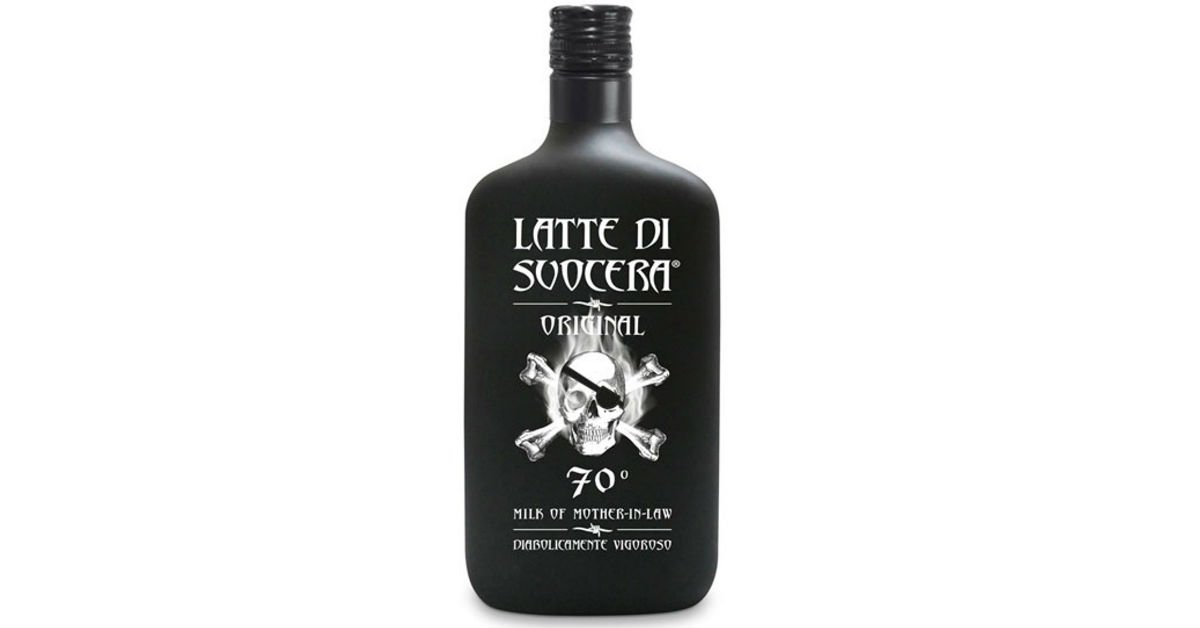 We obviously couldn’t make this kind of list and not include absinthe. But not any kind of absinthe, specifically the Jacques Senaux Black, famous for its black colour instead of the traditional emerald green, and for being the only absinthe to reach 85% ABV. It has a strong flavour of star anise and licorice. Only a nip of Poitìn, the Irish malt liquor, is needed because of its 90% ABV. The term Poitìn is a Gallic term derived from the Celtic “pota” which means pot, as a reference to the copper pot stills used to make this liquor at home. Although traditionally made from potatoes, today it is made from malt barley. Once widespread throughout Ireland, the English decided to begin regulating It by introducing heavy taxes for its production on Christmas Day 1661. In fact, these taxes essentially outlawed the production of Poitìn, and until 1997 when the law was finally overturned, it was one of Ireland’s most prominent symbols of rebellion and independence against the English. 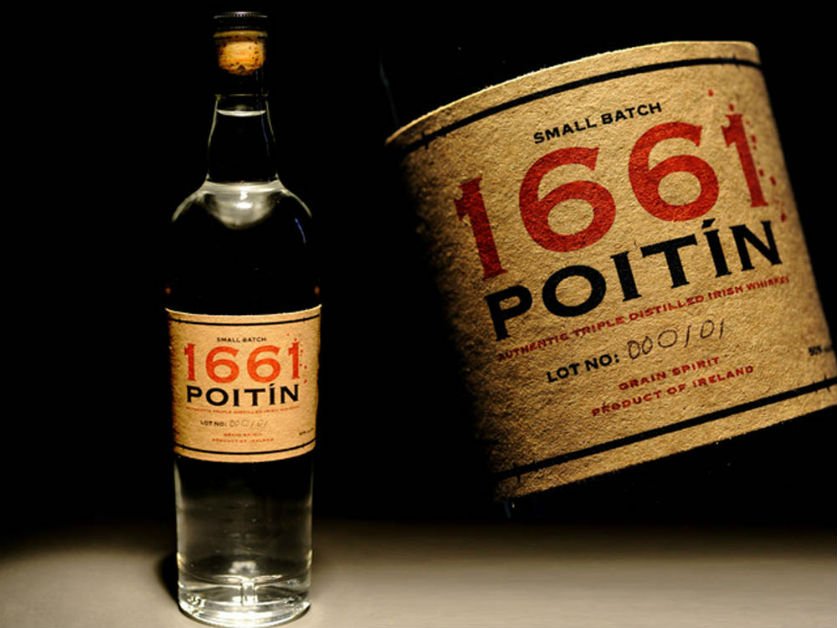 Coming in at third place in Italy is Le Gocce Imperiali (Imperial Drops), also known as Tintura Imperiale (Imperial Tincture). Produced by Cistercian monks following a recipe from 1766, its ABV reaches up to 92%. It is a bright, lemon yellow (saffron is one of the ingredients) distillation of herbs with a pronounced anise flavour. It is commonly used to ‘correct’ coffee, tea and milk. However, it can also be used as a tonic added to fizzy drinks and even as a remedy for tooth and stomachaches, but only if you heed caution because it can also cause irritation and lesions in the gastrointestinal tract or semi paralysis of vocal cords. It is so popular that Gabriele D’Annunzio once described it as an “essence between mistrà and absinthe with other medicinal properties, just exquisite… a few drops is enough to transform a glass of water into a sort of heavenly opal.”

Our silver medalist is Everclear, a pure wheat alcohol from the USA that is also known as Liquefied Death. Reaching an ABV of 95%, it has such a high level of ethanol that it is banned in nine states and diluted in others to 76.5% so that it can be sold. It is not easy to drink, and should not be drunk straight, but it does lend a great hand to diabolical drinks such as The Screaming Purple Jesus, The Instant Death, Riot Punch, The Literal Fireball, Flaming Holiday and so on.. 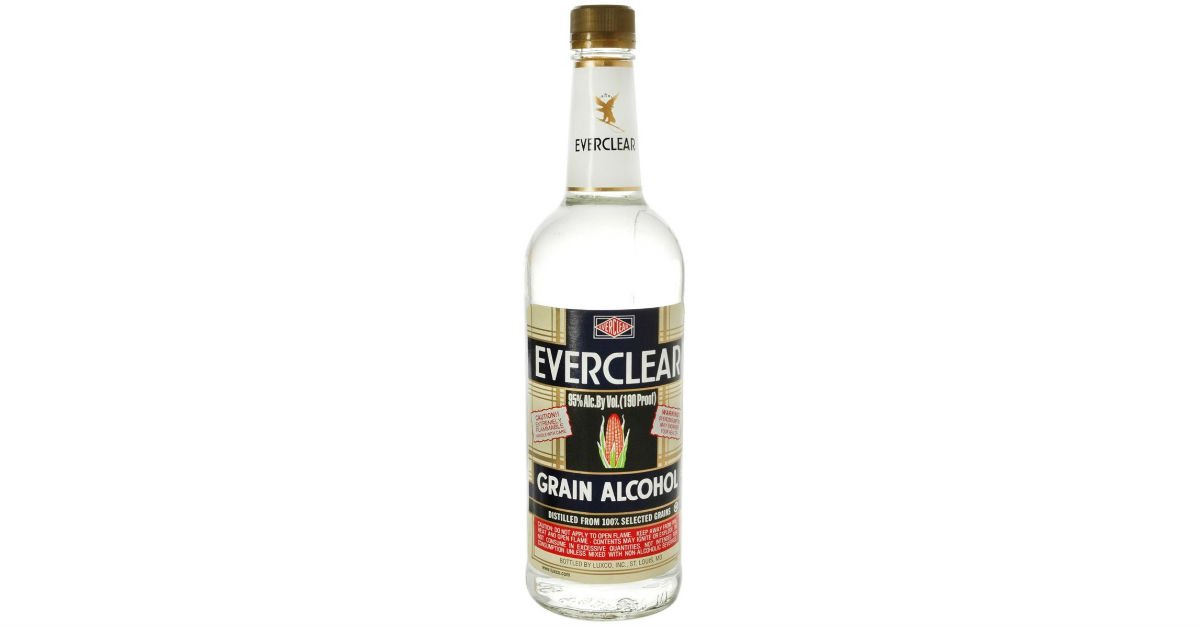 First place goes to Polis vodka Spyritus Rektyfikowany, which at 96% can hardly have many rivals. It is a grain liquor, and oddly is known as the drink of choice for Serbian pilots. After a couple of shots, one could imagine that all fear of flying in a blizzard would be gone, but that maybe they could no longer man an aircraft! Spyritus should never be drunk smooth, but rather diluted in a mixed drink or in an infusion of fruit and herbs. 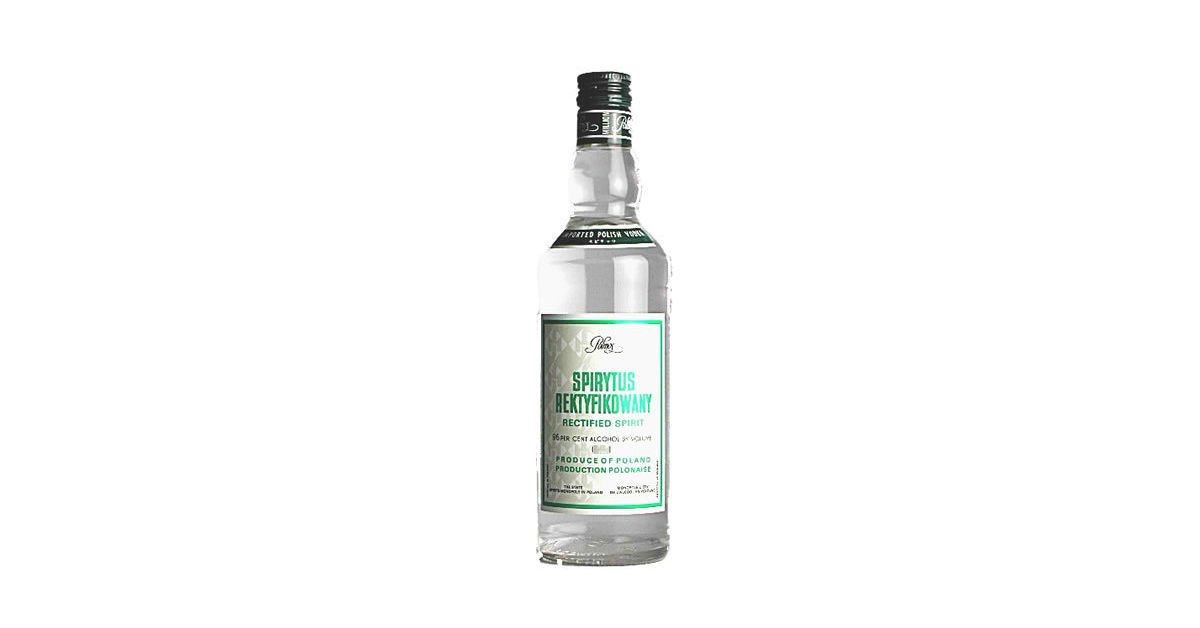