Matteo Barbieri, mixologists to the rescue of grappa

Born in 1977 in Modena, Matteo Barbieri is known to everyone as “Spillo”, a nickname borrowed from Inter Milan centre forward Alessandro «Spillo» Altobelli. Barbieri scores his goals on the five-a-side pitch – which is where he earned his “title” – but above all, behind the bar, where he has been a class player since he was 15. 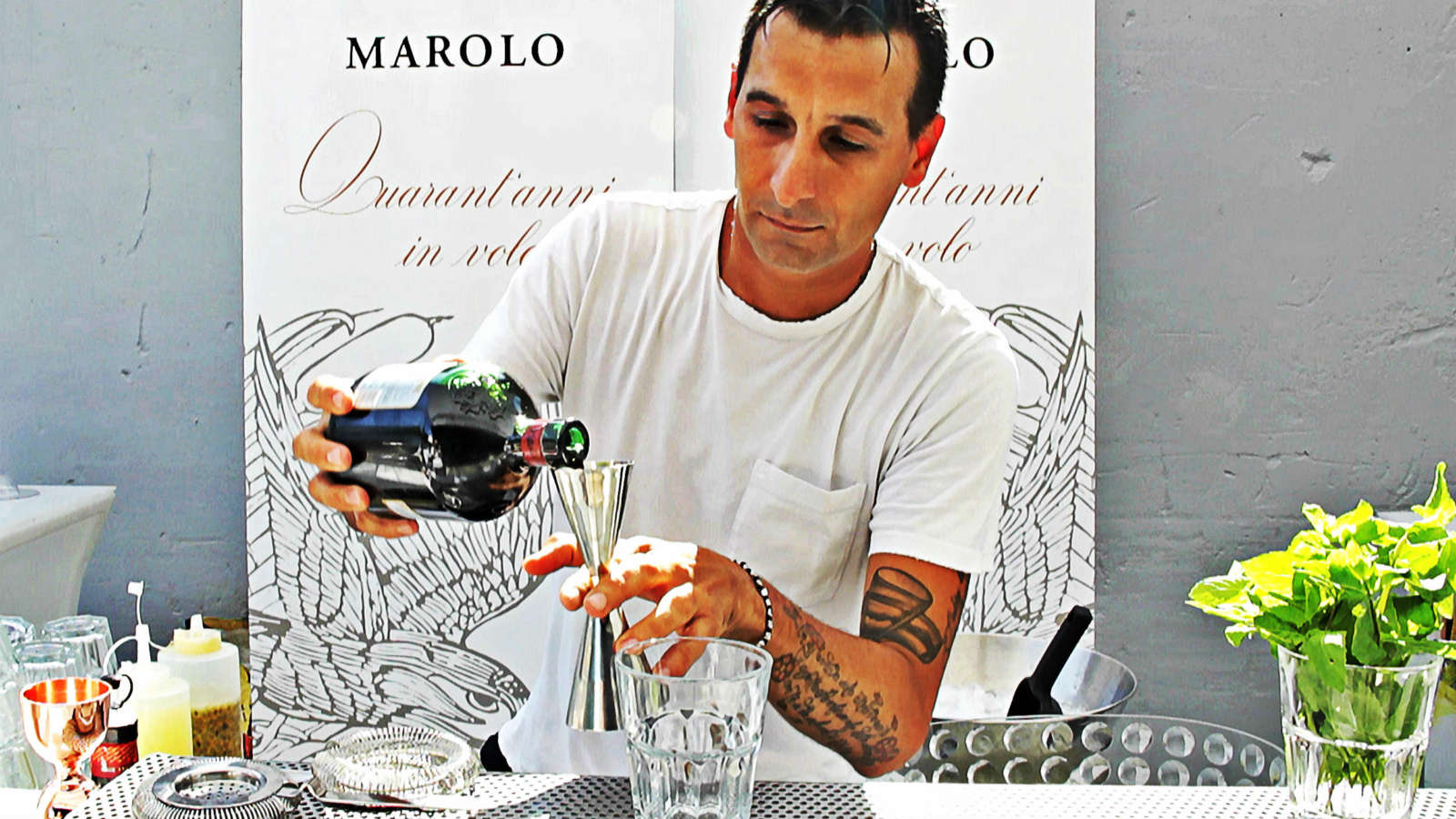 Working as a barman, he developed a passion for mixology  through experience, study and research, all of which led him to design cocktails where traditional and originality blend in perfect harmony, and where the choice of ingredients and patient trial and error count for more than aggressively new ideas. One example is his Neromodena, a cocktail with 30 year-old Modena balsamic vinegar, which as soon as it was baptized, was included in the Gambero Rosso Foodie Guide. Nowadays, Matteo works at Cappuccino da Angiolina, the long-established Modena bar run by Maurizio Pullega and Gabriella Reggiani, helped by his “right-hand man”, Ledion Dhamo.

Matteo Barbieri recently acted as barman at Marolo’s 40th anniversary party, where he mixed a number of exceptional cocktails based on grappa, Milla (a grappa and chamomile liqueur) and Amaro Ulrich. It was there we interviewed him to find out how Italian spirits can inspire and conquer the world of mixology.

Matteo Barbieri, how did you meet the Marolo family?

It all began with the invention of a drink based on Milla, that Ledion and I called “The Goodnight Cocktail” because it included chamomile liqueur. Lorenzo Marolo liked it very much, and that was the start of a friendship. He then contacted me to ask me to prepare a drinks list for the distillery’s 40th anniversary, a job that kept me busy for two months. 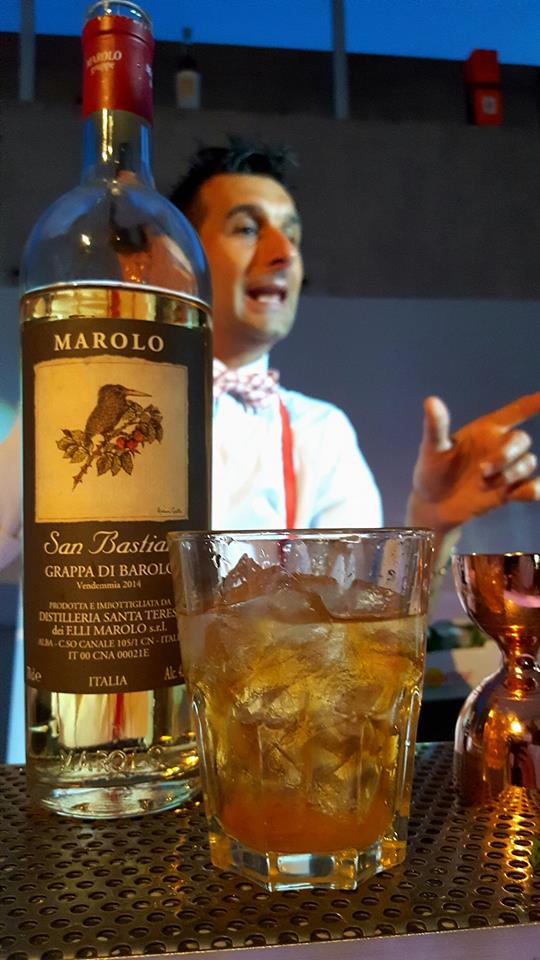 Is it hard to create cocktails with grappa?

I’d say it was tricky. Grappa, especially aged ones such as Marolo’s, is an extremely complex product with a wealth of aromas and a well-defined structure. You have to work on balance and nuances. On one hand, you have to respect the nobility of the product, and on the other, create something drinkable and agreeable. A grappa cocktail is not like drinking straight grappa!

How did you work?

We worked on a number of different fronts. On one hand, we made the Marolo Fashion cocktail, with Barolo Grappa, soda water and Drambuie (a honey flavoured Scottish liqueur). In this case, I dosed the grappa like a gin or vodka, enhancing the scent of the grappa and pairing it with dry, herby flavours.  With Milla, I played on its freshness and sweetness, pairing it with lemon, mint, passion fruit and ginger beer (Goodnight Cocktail), or contrasted it by combining it with bitters (Camilla Cocktail). With Amaro Ulrich I got to experiment, combining its scents of herbs and gentian with fruit, citrus and ginger flavours for a very aromatic, agreeable result (The Cyclist, Dark Ginger and Il Barbaro Cocktails).

Why are grappa cocktails still fairly unknown in Italy?

Traditionally grappa is drunk straight, and its drinkers are people who have a certain grappa drinking culture, who know the flavours and “strength” of this drink very well. The general public has lost a taste for grappa or does not completely understand it. I have to admit that it is also partly our fault.

What do you mean?

I mean that baristas have a lot to answer for with regard to grappa. They don’t know a lot about it, they don’t try to learn much about it and they serve it even less. Despite it being the world’s most well-known Italian spirit, it is precisely in Italy that grappa still figures too little in mixology, and is supplanted by far less noble spirits.

What do you suggest?

I suggest a surge in patriotic pride. I appeal to Italian baristas to start offering cocktails with a grappa base, to experiment and have fun trying out new combinations and dosages. Only in this way will we be able to relaunch an amazing Italian product with a wealth of nuances such as grappa, also in a more pop version, why not?