Marc and Grappa, what are the differences?

One of the most similar distillates to grappa and perhaps one of the least known. 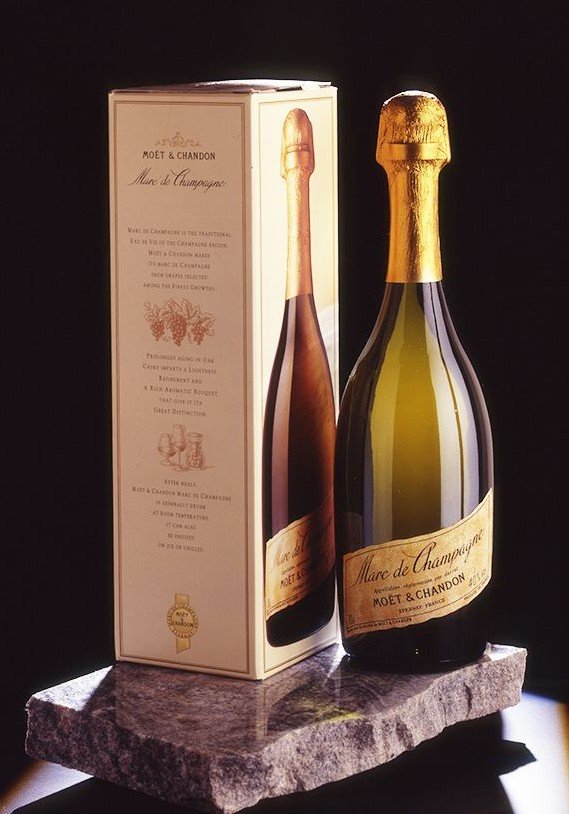 Marc is obtained from the distillation of the marc (marc de raisin) of vines grown in France, those with red berries. The producers use the skins and the seeds of the grapes, after they have been pressed and fermented, to obtain the wine must. Some producers also use stalks, but the result is often upsetting, because it gives the final distillate unpleasant smell and flavour, which can be too herbaceous or grassy.

Officially, Marc is called “Eau de vie de marc”, but everyone simply refers to it as “Marc” and, more often than not, accompanied with an indication of the area of origin. For example, it is common to find “Marc d’Aquitane”, “Marc de Bourgogne” or, among the most prized ones, “Marc de Champagne”.

To give emphasize the existing link between a Marc and the wines of its area of origin, the French have decided to use the same bottles. It is therefore very likely to find “Marc de Bourgogne” in a typical Burgundian bottle, just as “Marc de Champagne” will almost be exclusively found inside a sparkling wine bottle.

The etymology of this word is highly debated. Some consider it to derive from the ancient Anglo-Celtic word “Broyer” which means “to grind or mince” in Gallic; however, it is more likely that marc refers to the press used to squeeze the grapes, the same tool that separates the juice from the marc, which will then be distilled. The history of distillation in France seems to be more recent than the Italian one. While there are documents stating that stills have been used since the thirteenth century, it seems like the production of Marc had only been established from the seventeenth century, at least according to what was reported by the historian Legrand d’Aussy in his work, “Histoire de la vie privée du Français”. Significant is the reference to Marc provided by the administrator of Lorena to the Duke of Burgundy in 1698 in his work, “Mémoire sur l’état de sa généralité”, where he mentions the distillation of the marcs, which were once considered as «something that was only good for burning».

French law acknowledges Marc with the name “Eau de vie de marc”, establishing that it must be produced only with the distillation of marcs fermented with steam, to which water can be added during cooking. The entire distillation process must be carried out at less than 86% in volume and, after dilution, the distillate must have an alcohol content of at least 37.5%. No more alcohol can be added and, like grappa, caramel and sugar can be mixed in (without exceeding 20g per litre) to complete the color and the final taste.

A substantial difference with grappa is that regulations do not provide for the aromatization of Marc. Therefore, it is consumed young, but this occurs rarely, or, as in most cases, it is aged in oak barrels. There are no precise indications regarding the minimum aging period because each region applies its own regulation. For example, Burgundy observes a strict regulation, counting the years starting from the month of April following the year in which the distillate has been put into the barrel.