Lorenzo Marolo represents the second generation of the Marolo distillery, founded in 1977 in Alba by his father Paolo.

On the basis of his teachings, after his university studies in Management at Bocconi University in Milan, in 2014 he decided to join the company rediscovering the teachings and distillation techniques that his father passed on to him since he was a child.

In this interview, released for the Austrian magazine Piemont, Lorenzo tells us about his childhood, exposing the relationship with his father and a family passion written in the DNA.

Lorenzo, when did you first taste grappa?

Maybe I shouldn’t say this, but it happened when I was a child. My grandmother used to make me herbal tea to which she added some Milla, a liqueur obtained from the infusion of fresh chamomile in Nebbiolo grappa. Milla was my father’s «invention»: he revived the ancient local tradition of macerating chamomile flower heads in grappa, a plant that grew spontaneously on the edges of fields and vineyards. But my first encounter with «pure» grappa happened when I was a university student. I was at the Ritz Carlton in Las Vegas for an event dedicated to pairing grappas and cheeses. That was the first time that I truly appreciated the richness of grappa and understood how lucky I was to live in the Langhe, where we have the best pomace for the production of grappa.

How did your father produce high-quality grappa?

With a bit of luck, chance and devotion. And his willingness to always challenge himself. After getting a degree in biology, in 1967 my father taught Herbal Medicine at his former school, the Regia Scuola Enologica in Alba, one of the most esteemed schools in Italy. He taught his students how to make liqueurs and spirits in the laboratory: he made his first grappas during experiments and that sparked his passion. He wanted to refine his teaching, develop his passion for the art of distillation and take them out of the confines of the classroom: he was aware that he lived in an exceptional winegrowing area. He began to create grappas in the garage and near the farmhouse, which then became the headquarters of the distillery in 1977. He was not interested in selling his creations and this allowed him to seek perfection and be attentive to every detail. Perhaps this is the secret to the quality of Marolo grappas: they were born out of passion.

What makes your grappa special?

We use very fresh pomace that are immediately distilled using a discontinuous distillation system with a bain-marie boiler: a slow and delicate process that preserves the grapes’ primary aromas. We work at full speed during the months of harvest, from September to December, so that we don’t need to store the pomace and avoid its decay. Marolo is committed to ensuring the recognition of the varieties used for the production of grappa. Since the very beginning, we have produced single-variety grappas that allowed to easily recognize the grape variety used. Now, the challenge is to produce single vineyard grappas (like Grappa di Barolo Brunate 2016) that express a single and prestigious cru of Langhe and its particular vintage. 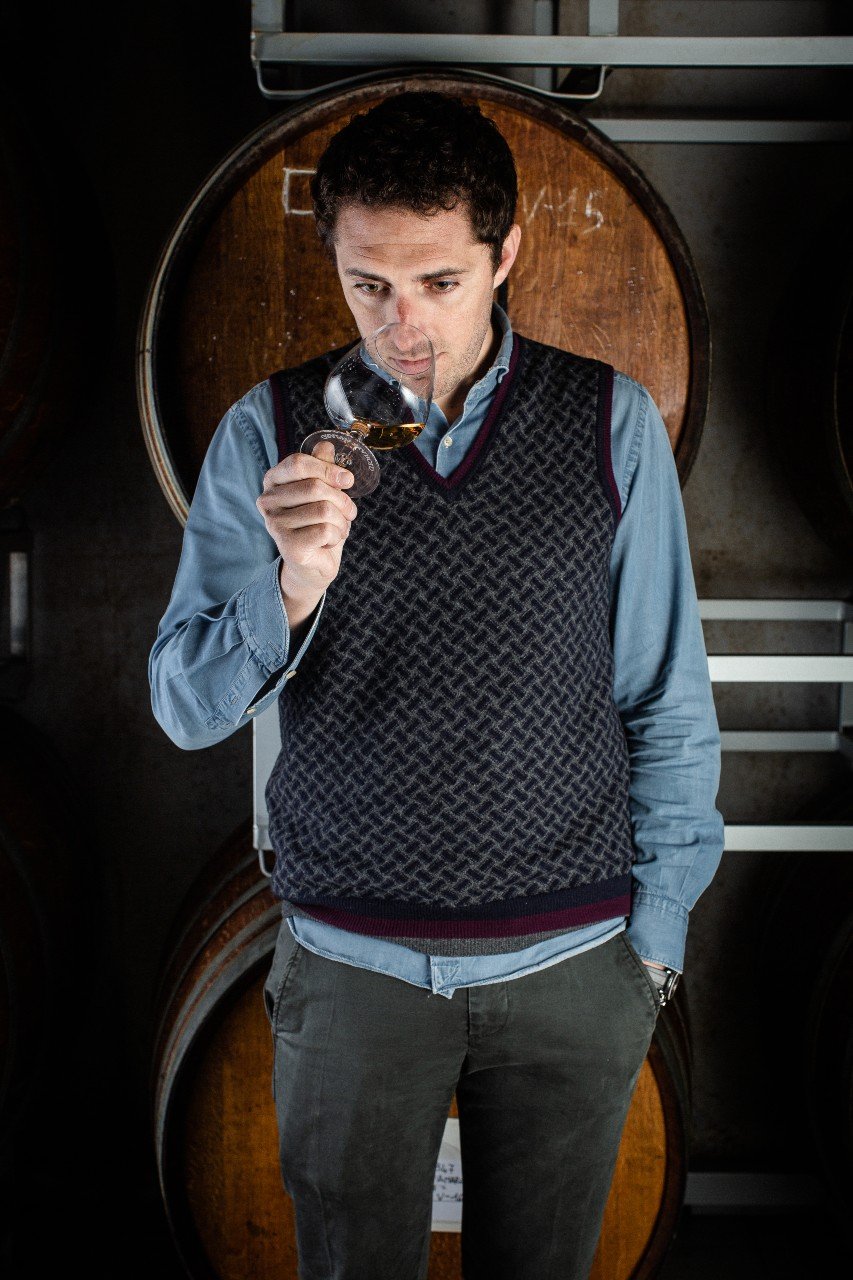 What should a beginner look for when buying a bottle of grappa?

Before buying a bottle of grappa, beginners and professionals must always taste it first. Artisan grappa is a unique and non-standardized product. It is made using pomace, which is rich in aromatic elements, and its “character” changes from season to season based on the grapes used and the place where they were grown. The richness of grappa is similar to wine and only repeated and constant tasting can help us understand which type of grappa we truly love. We must also consider when we intend to drink it: young grappas are more lively and aromatic and are perfect at the end of a meal; aged grappas, on the other hand, reveal elegant aromatic notes due to the long aging in wood, and are perfect for meditation.

What does “joie di vivre” mean to you?

For an artisan grappa producer like me, it means the recognition of my work. When people recognize the quality of my products and the effort behind them, it’s like achieving an important milestone in my field of work as well as an individual. And that’s because grappa is a convivial “being”: it sparks and intensifies the joy of being together.

Where is your favorite place in Piedmont?

For me, there is no place like Dogliani: a small town along the western border of the Langhe, whose hills overlook the Tanaro valley. A “mythological” character used to live there: Gianni Gallo, a philosopher, an anarchist and a farmer. But most importantly, he was a great and distinguished artist, a very close friend of my father and the creator of most of our labels. When I was young, my father and I would drive to his farmhouse and Gianni would welcome us to the only room in his home, where he lived and made his art. I remember the potagé (the typical Piedmontese store) that he used for cooking, the bottles of wine (and grappa), the hundreds or perhaps thousands sheets of paper scattered everywhere: drawings, sketches, colors… as well as engravings and etchings, of which he was an undisputed master. The chaos that reigned in that house was proof of a vast and eclectic genius: Gianni talked about anything with fervent passion. We would visit to see his latest work and would come home late at night, after endless conversations on art, politics, agriculture, printing techniques. Dogliani reminds me of the joy I felt whenever I visited a great artist: a truly enriching experience.