Not many people know it but Vermouth Bianco was created to satisfy the tastes of the Savoy madamine. Sweeter and more palatable than its big brother, Rosso, it was the preferred choice of aristocratic ladies over bar chatter. Served smooth or on the rocks, or even mixed into cocktails, it is prized for its delicate floral and decidedly sensuous notes.

The aperitif is female. Between the end of the end of the 19th-century and turn of the 20th, women began shaking off the rigid moralism of the Victorian era and would venture out to socialize. Before this, men were the exclusive right-holders of drinking and socializing outside of the home, and not always to good measure. First in imitation, and then like much else women do, in improvement, these barrier-breaking women began replicating these social settings in the home and then took them to the bar. Spurred on by the ill-concealed male disapproval, these women began asking for more feminine-friendly drinks such as fruity cocktails, which over time overtook the traditional 5 o’clock tea to become the aperitif. Publications of the late century took to this newly formed habit and immortalized in bon manuals, such as Etiquette alla occasion from 1901, that recommended afternoons be spent frivolously socializing in conversation and refreshed with low-alcohol beverages such as punch, wine and lemonade.

FROM RED TO WHITE

From emancipation to the height of “feminine” aperitifs was a short step. As it happened, toward the end of the 19th-century, the art of mixing cocktails had reached a worldwide high. In Anglo-Saxon countries, the cocktail became a symbol of the Suffragettes, who would proudly sit in public with a mixed drink in hand, while in Italy, Vermouth glasses covering the tables of Turin’s cafes was used in the same way. It was at these tables that the ladies of good society, privileged in wealth and status, would meet to gather and socialize near the end of the day. The acidity and colour of Vermouth Rosso were not suitable for crinolin and lace-gloved hands, so it was a Piedmont invention to create the beloved vermouth without burnt sugar, ensuring it would be clear in colour and a symbol of female progress. Over time, white vermouth has become more famous and consumed around the world, in effect, overshadowing its older “brother.”

Based off of the botanist Domenico Ulrich’s 1854 recipe, Marolo has created a reinterpretation in Vermouth Bianco Domenico Ulrich. It is graceful with mellow aromas and in perfect balance between sweet and bitter notes, making it suitable for mixing or straight-drinking, smooth or on the rocks. Domenico Ulrich White Vermouth is the soul of the aperitif par excellence and is fabulous with a shot of fresh lemon and decorated with a citrus peel that enhances the floral notes of elder, rose and a touch of vanilla.

Vermouth Bianco Domenico Ulrich is the necessary plus in cocktails based on gin or vodka and bitters or fruit juice. 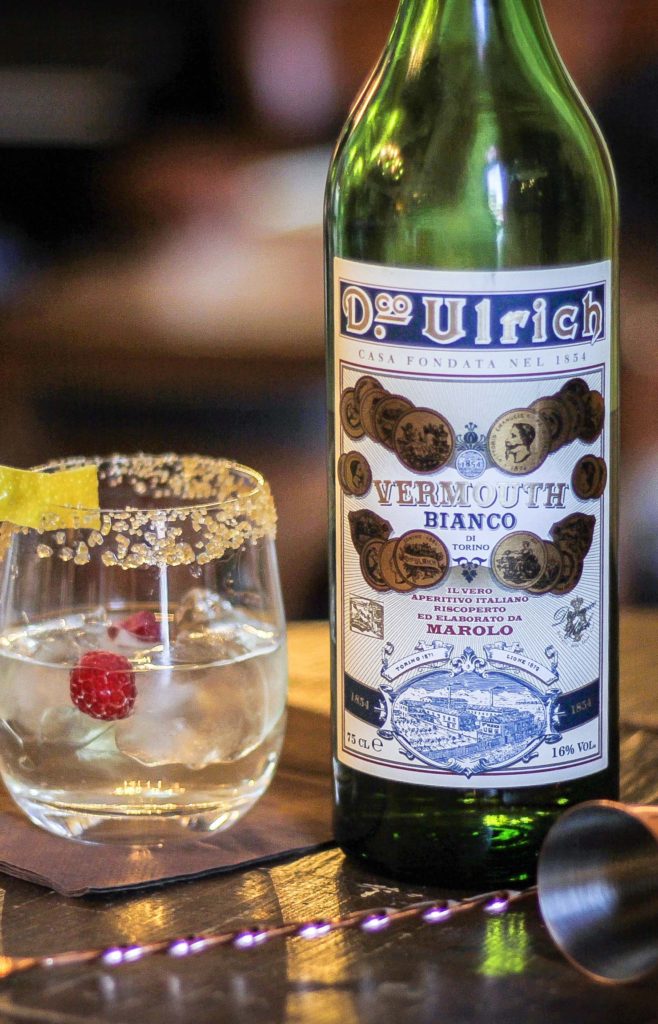