History of the alembic: the search for quintessence

Since ancient times, humans have been able to make alcohol by fermenting sugary products, such as grape must and wine. Wine generally had an alcoholic percentage between 10 and 15%. Only through distillation is it possible to create a beverage with a higher alcoholic concentration. In the Middle Ages, distillation techniques improved, gaining first a curative dimension, and then a mystical one—in search of the “pure spirit,” or the quintessence. According to the fonts of information at our disposal, distillation happened in Italy for the first time around the mid-12th century. A manuscript from this time period contains what is considered the oldest recipe for distilled alcohol:

«By mixing very strong, pure wine with three parts salt and heating this in a container adaptable for one’s needs, one obtains a flammable water».


The first literature that specifically speaks of distillation and alembics in Italy was published between the end of the 12th and early 13th centuries, when the Majorcan Raimondo Lullo, a member of the faculty at the University of Medicine in Bologna and student of the great professor Taddeo Fiorentino, used the word “alcohol” for the first time in his notes.

The first apparatus that distilled spirits from wine was conceived by the doctor Michele Savonarola of Padova, great-uncle of the famous monk who was burned alive in Florence. Mention is made of his essay De Conficienda Aqua Vitae, written in the 16th century. In this same period, Leonardo da Vinci also showed interest in distillation, and perfected the process of cooling the vapors that issued from the boiler. This allowed for the selection and separation of the condensation liquids.

This is still during the period in which spirits were used as medicine (called acqua vitae, or water of life), and not as a restorative beverage to consume. The Salternitana School, which was perhaps the most famous medical university at the time, considered grappas and spirits to be miracle elixirs that protected the body against illnesses and infectious diseases. 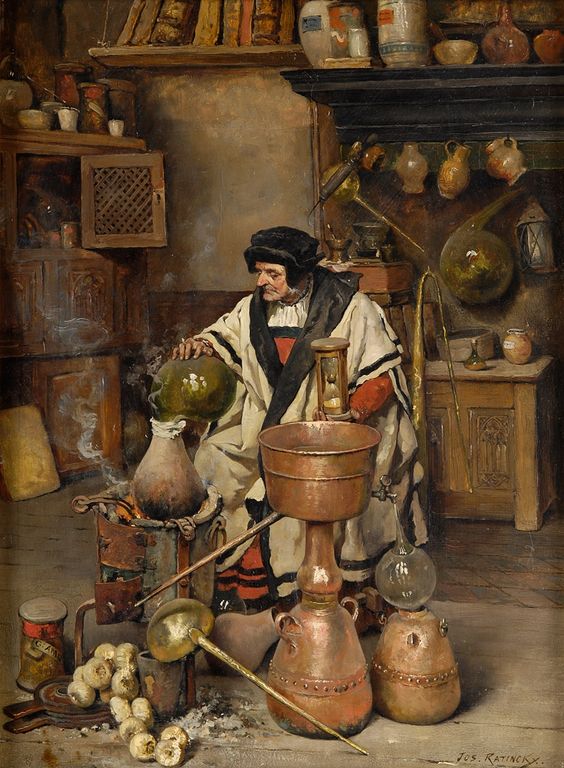 With the passage of time, the word “alcohol” changed significantly until it was attributed to any “subtle material” that represented the true “essence of things.” Between the 14th and 15th centuries, the concept of a fifth element, or quinta essentia, was widespread: alcohol was considered a vital fifth element of the Earth, together with water, air, earth, and fire. Alchemists believed that the liquid obtained from distillation was a concentration of the essential elements of any substance, whose properties and characteristics were determined by its “spirit.”

These liquids were considered very active and potent, able to instill new life into aging bodies. Spirits were administered to those on their deathbeds to give them a last breath of life and allow them to speak their last wishes and words.

Alchemists believed that alcohol, the quintessence of wine, was an element that could extract absolute virtues with miraculous and curative application.

Alchemists believed that distillates could transform matter. Hence why mercury, the only metal that can be distilled and appearing as a silver patina on the surface of base metals, was called “silver spirit;” and why Paracelsus referred to all’alcohol vini to indicate the essence of wine in the 1500s. But there’s more. Some alchemists—such as Raimondo Lullo—believed that the quintessences of all earthly spirits could be isolated and concentrated through distillation. Alcohol was used to extract the essences, particularly those of plants—and their quintessences, aromatics, and medical and absolute virtues. 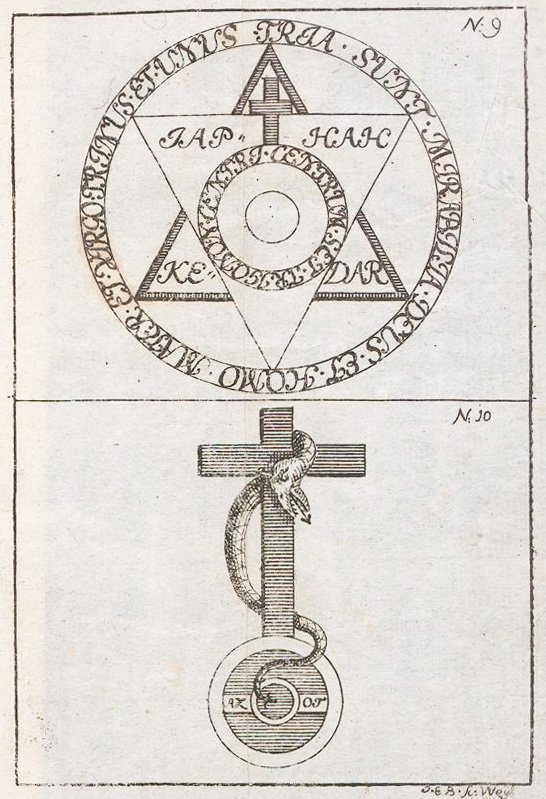 The invention of printing helped spread essays on alchemy and the use of the alembic. The alembic acquired allegorical and spiritual dimensions even over technological ones. Alchemical work consisted of four levels: physical work on matter; the experience and manipulation of etheric forces; cosmological-planetary aspects; and the interior work of the soul. The alembic played a part in this last level. When alchemists attempted to contact this interior world via a symbolic representation—they imagined extracting the essence of the interior, purifying it, and gathering it to then utilize as an introspective resource—the alembic became their obsession, the object and symbol of their interior experience and research.

In 1566, in his work Tischreden (Discorsi a tavola) collected by the pupil Johannes Mathesius, father of the Reformation Martin Luther used the alembic as a metaphor to describe the behavior of God towards humankind.

«For, as in a furnace the fire extracts and separates from a substance the other portions, and carries upward the spirit, the life, the sap, the strength, while the unclean matter, the dregs, remain at the bottom[…]even so God, at the day of judgment, will separate all things through fire, the righteous from the ungodly».

Thus the alembic has a spiritual tradition, too, a connection that will have repercussions in the Enlightenment and beyond—such as, in the alchemical essay of astrologer and philosopher Abraham Eleazar in 1734, when the alchemical alembic became an instrument capable of purifying humankind: in other words, salvation from original sin.