However refined the skills of the distiller or the still, it is the quality of the pomace that distinguishes an excellent grappa from a forgettable one.

With this post, a series of in-depth analyzes called ANATOMY OF GRAPPA begins: an analysis of those fundamental elements, sometimes evident and sometimes hidden, which are the basis of the true quality of Grappa and constitute its most authentic identity, which it makes the original distillate of the “Italian spirit”.

Let’s start with the pomace, the natural element without which Grappa would not exist. 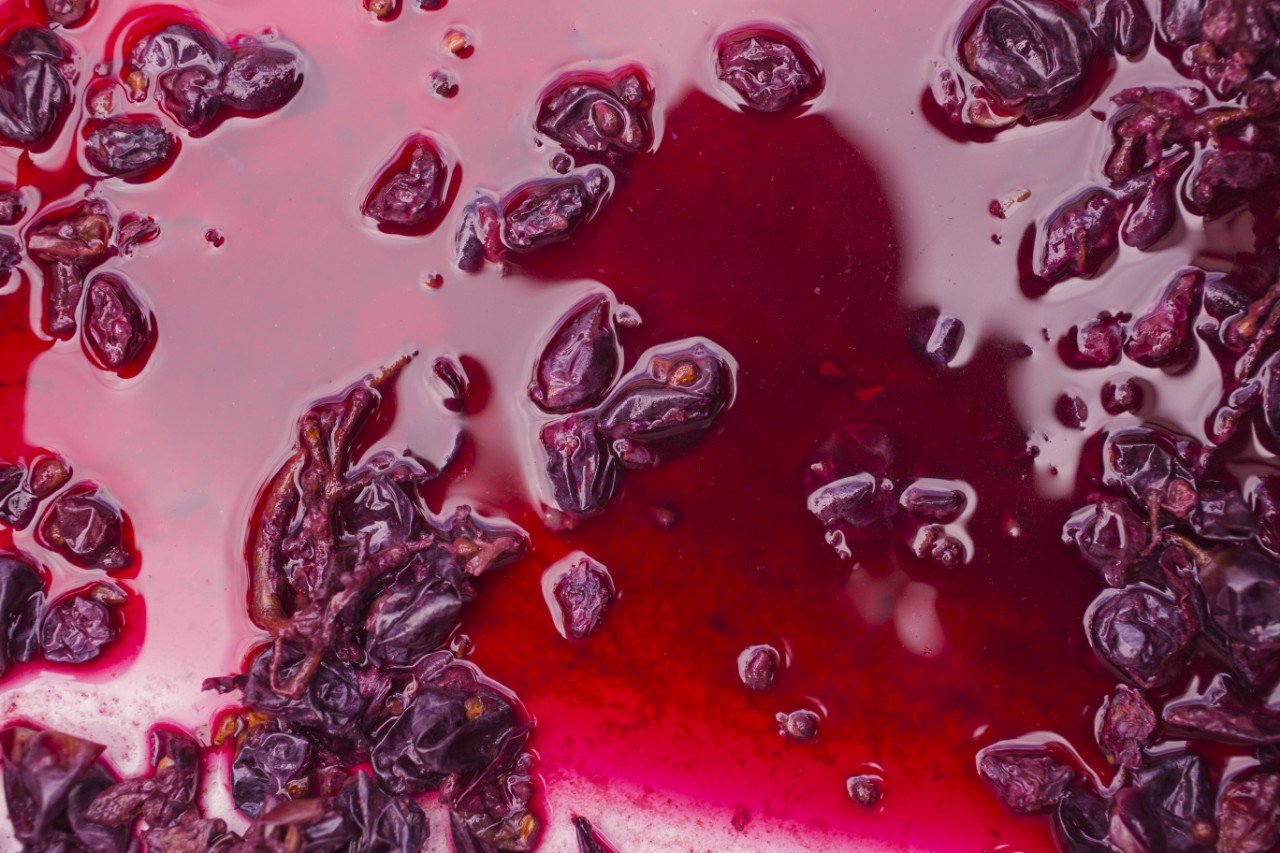 Hearing the word ‘pomace’ (also called mark) pronounced, a linguist would notice the pejorative suffix. If wine is the neutral term, pomace is what remains: the waste. In reality, the etymology of the word refers to the adjective vinàceus, “relating to grapes and wine”: the pomace contains precious elements that ennoble the taste and define the characteristics of grappa.

But what is pomace? By pomace we mean the solid part of the grape: the skin and the pips, the seeds of the grape. From here the Grappa is obtained, a distillate which owes its particularity to the solid base material; Cognac and Armagnac, for example, are distillates of wine. The grape is covered with a millimetric skin which, although thin, concentrates an enormous amount of olfactory-gustatory substances such as alcohol, esters, acids, terpenes, aldehydes: in this, no one competes with grapes! Consequently, few other spirits can boast a similar sensorial set: if you know the raw material, it is not difficult to distinguish a Grappa di Barolo from one of Moscato or Dolcetto.

Marcs are of two types: virgin or fermented. The former almost always come from the production of white wines and have not been left to macerate in the must; they are rich in sugars and must be fermented in the distillery. The latter already contain an alcoholic percentage, which will be extracted from distillation.

Red or white, the pomace must be distilled very fresh, this is the real secret of a quality grappa. Pomace contains nutrients, oxygen and alcohol. Like any organic material, it is colonized by microorganisms that risk altering the future sensory profile of grappa. The artisanal distilleries – such as that of Marolo – are able to produce quality grappas because they process the pomace immediately: they are served by local winemakers, reducing transport times and keeping the quality of the raw material intact. The large distilleries, on the other hand, must store the pomace, ensile it and treat it so that it does not deteriorate.

One thing that is often not said is that even the winemaker has an influence on the quality of Grappa when he is still growing the vine, and has an even greater influence during pressing. The distiller must therefore know very well the origin and processing that his pomace has undergone. The best pomace is those obtained using balanced pressure, so as not to extract all the sugars and all the alcohol content of the must. A high quality pomace will have a moist pulp, rich in substance and aromas.

ALL THE TASTE OF GRAPPA

As refined as the still and as masterful as the distiller may be, what a good Grappa needs is above all a good pomace. The taste and aroma of Grappa originate from grapes and cannot be created during or after distillation. Quality grapes mean quality grappas: this is why Marolo selects the pomace of small trusted producers, who cultivate the most noble crus of Piedmont and the most suitable Italian wine-growing areas. Grappa, like wine, is an expression of its territory.