A distillate that draws its technical inspiration from the Caribbean wind, but applies it to 100% Piedmontese raw materials: the main native grape variety of the Langhe: Nebbiolo da Barolo.

What is the Solera method?

Grappa di Barolo Solera is the result of the incessant and passionate research that has always distinguished the Marolo distillery towards the most particular distillation techniques and methods, coming from all over the world but applied to grappas from native vines, obtained from very fresh, processed pomace handcrafted in discontinuous distillation.

The Solera method has been observed for a long time by the Marolo family during their trip to the Caribbean, to discover the best Rhum of the tropical islands. Very popular for sugar cane distillate, the Solera method is often used for the production of Sherry, Madeira and fortified wines. It consists of creating a particular blend of grappas aged in barriques with different ages of aging, according to a dynamic method. The barrels (second passage) are arranged in pyramid stacks: the highest row contains the youngest grappa while the lowest one, called Solera (in Spanish «soil») the oldest grappa. Every year a part of the Solera is bottled and the barriques are filled with the distillate coming from the upper row.

Grappa di Barolo Solera is obtained exclusively from Barolo Grappas distilled from very fresh Nebbiolo pomace from Barolo, harvested within the area of ​​the appellation. The distillation, as always happens for Marolo products, is discontinuous and artisanal, slow and delicate. The oldest part of the Solera (i.e. that of the row closest to the ground) is aged for at least 7 years in second passage barriques used for Piedmontese Chardonnay.

Because the choice of white wine barrels is “neutral” and guarantees the pomace of Nebbiolo their full varietal expressiveness, without covering them with the aromas of aging.

A GRAPPA OF HAPPY COMPLEXITY

The result is a blend of powerful refinement, where the tertiary notes given by the maturation and refinement in wood elegantly blend with the most striking and characteristic ones of the grape of origin. A distillate of happy aromatic complexity, never too austere or bizarre, full and grandiloquent, pleasantly enjoyable, with a delicate taste. A grappa with a convivial character, suitable to accompany desserts and after meals, but always ready to be offered to friends at any time of the day. 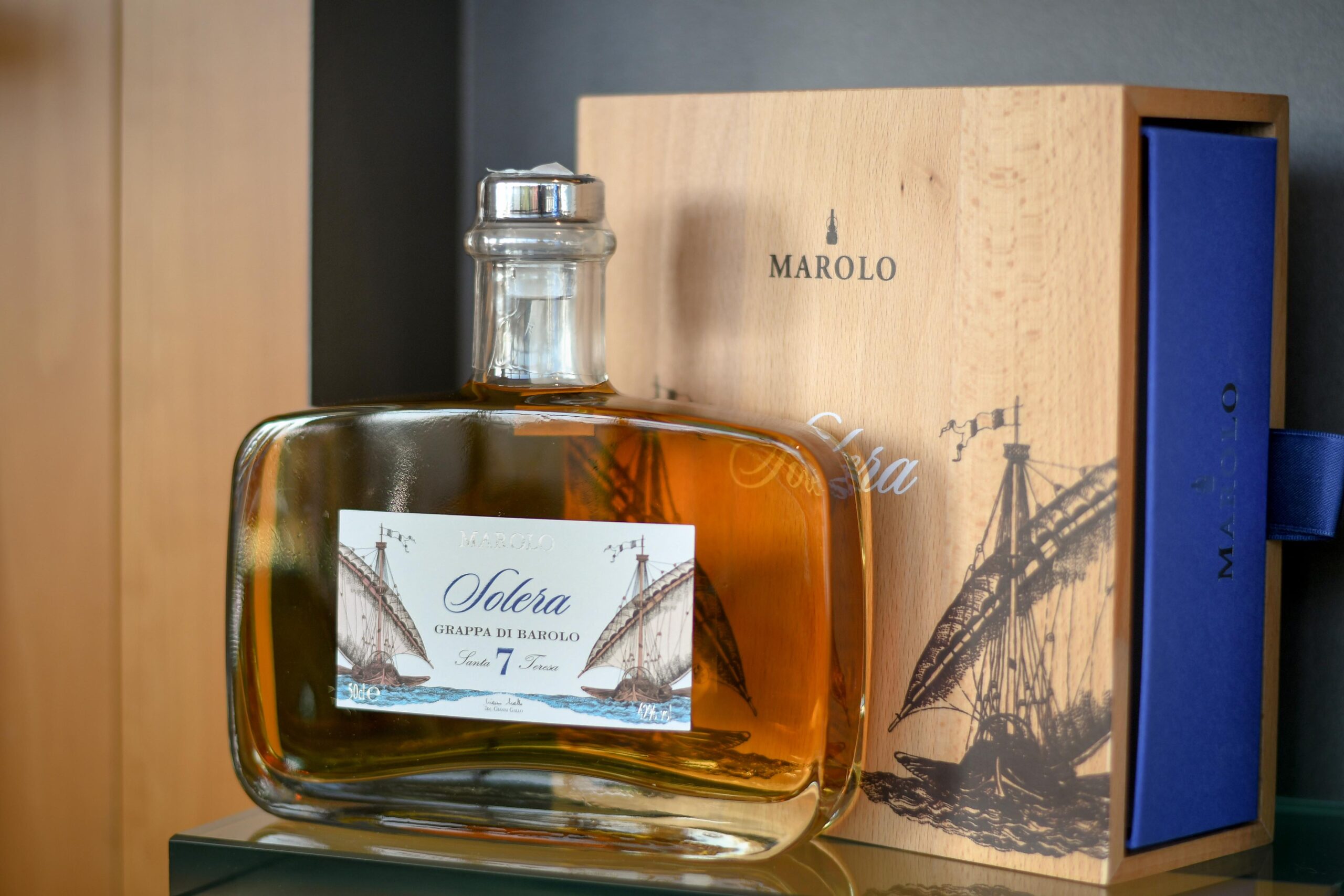 Intense amber color, the nose has a wide aromatic range with a prevalence of fruity notes on which the pleasantly balsamic character of the Barolo Nebbiolo is always perceptible. In the mouth there are complex and very delicate nuances of dried and canned fruit, plum and raisins. The woody of the aging in barrique is never too intrusive and suggests nuances of cocoa and bitter chocolate. 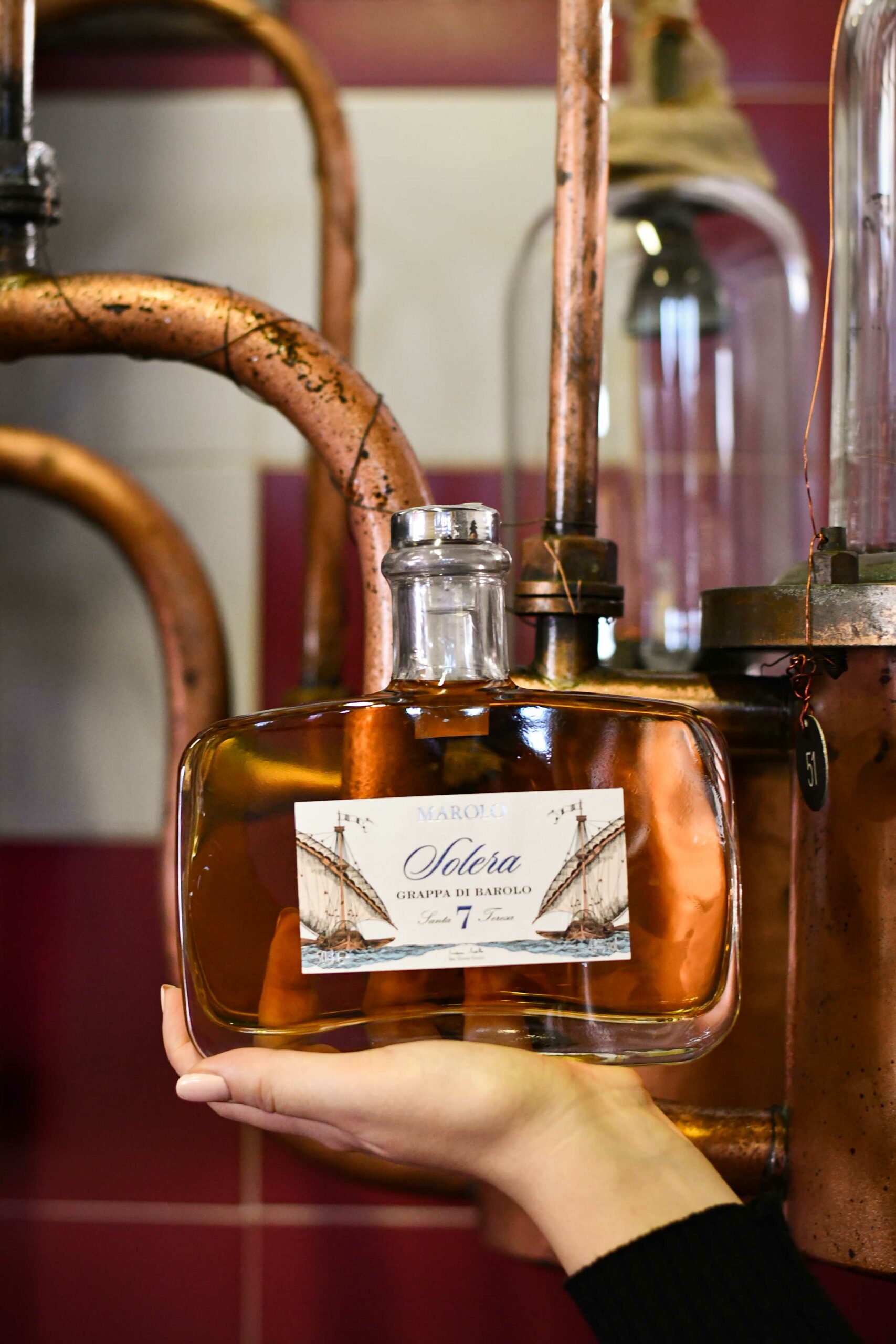