Grappa di Barolo Brunate 2016, savor the spirit of the legend

There is a Grappa that stands out among the best.

Here is Grappa di Barolo Brunate 2016: its first collector’s edition will exclusively be available on the Marolo website from October 2021.

Only 976 numbered bottles with a customizable label.

Only 976 chances to own one of the most exclusive grappas on the market, born from one of the iconic Barolo crus in one of its most expressive vintages.

This is Grappa di Barolo Brunate 2016 in a nutshell. Its first collector’s edition can only be purchased on the Marolo website. Thanks to a graphic configurator, you can personalize the Grappa’s label and dedicate it to someone special or – why not? – to yourself.

But what makes Grappa di Barolo Brunate 2016 unique and one of a kind?

1.
A SINGLE VINEYARD GRAPPA
FROM AN ICONIC VINEYARD

The winemakers of the Langhe deserve some credit. They were the first in Italy to understand the importance of tying wine to a specific geographical area. This is how the Menzioni Geografiche Aggiuntive of Barolo came to be: these are geographical areas characterized by a similar enological history and pedoclimatic conditions.

Marolo followed the same logic and has been one of the first Italian distillers to produce Single Vineyard grappas, or those made with grapes from particular crus or Menzioni Geografiche. These are “rare” grappas: the pomace comes exclusively from grapes picked in a specific vineyard and are therefore limited to the quantity harvested. The pomace has a well-defined character because it bears the features of the grapes’ harvesting season, or the year in which they grew, matured, were harvested and pressed.

Grappa di Barolo Brunate is no exception. It comes from Nebbiolo grapes of the Brunate Menzione Geografica, one of the most legendary crus in Barolo, a vineyard coveted by all winemakers. The rows stretch along the border between the towns of Barolo and La Morra, running on a slope brimming with majestic ridges. This position ensures a homogeneous exposure and an important difference in altitude – a particular trait of Brunate – which goes from 400 to 250 meters. The soil is rich in calcium carbonates and manganese and is composed of clays mixed with very fine calcareous sands: this is the perfect soil for great Barolo wines, which acquire a much more masculine and masterly character here, revealing very fine and elegant aromas. Brunate has been defined as the «ideal» Barolo thanks to its ability to yield exemplary wines of the denomination. 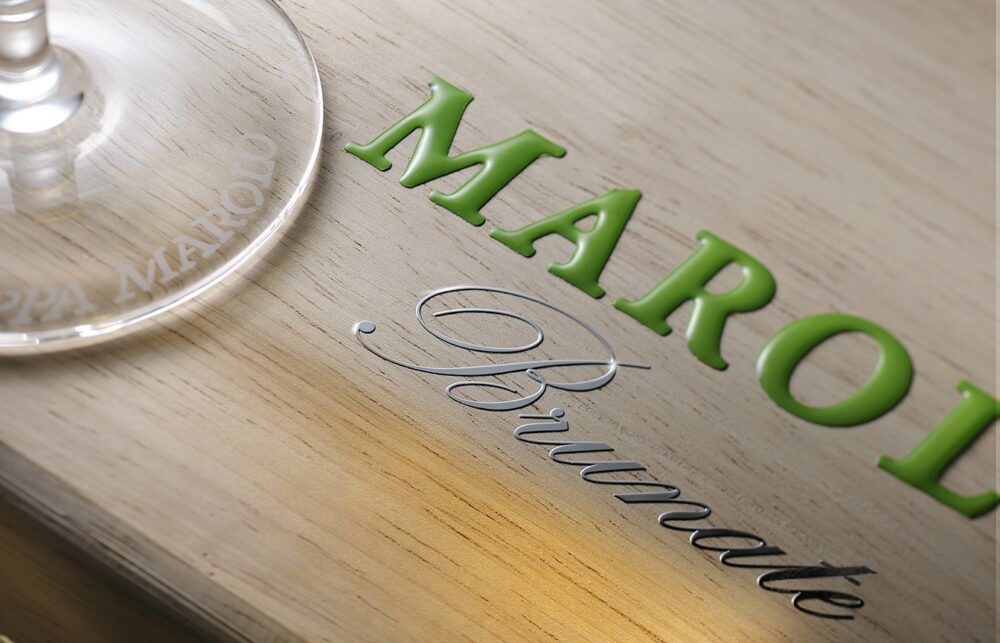 2.
AN EXCEPTIONAL VINTAGE
WITH A DELICATE AGING

Let’s not beat around the bush: 2016 will go down in history as one of the great vintages of Barolo. The press defined it as «superb, balanced, extraordinary». A vintage that yielded unforgettable Barolos, remarkably juicy and aromatic.

«Absolute» respect for the raw material was observed: a slow and delicate discontinuous distillation in a bain-marie was followed by aging in French oak barrels used for the refinement of white wines.

Why barrels for white wines? Because the essence of the woods becomes subtle, leaving Grappa di Barolo Brunate to fully express its personality, without concealing the primary aromas of the grapes just like how that particular year “molded” them.

Soil, position, vintage and work of man. A rare first edition. Everything about Grappa di Barolo Brunate 2016 leads to the production of a phenomenal distillate that also stands out on the palate.

Hints of blackberries, violets and ripe red fruit blend perfectly with the balsamic and spicy notes given by the slow aging in wood. A soft and multifaceted grappa, with a playful and joyful soul that purely enhances the aromatic profile of one of the greatest Barolo crus. Extra-ordinary. 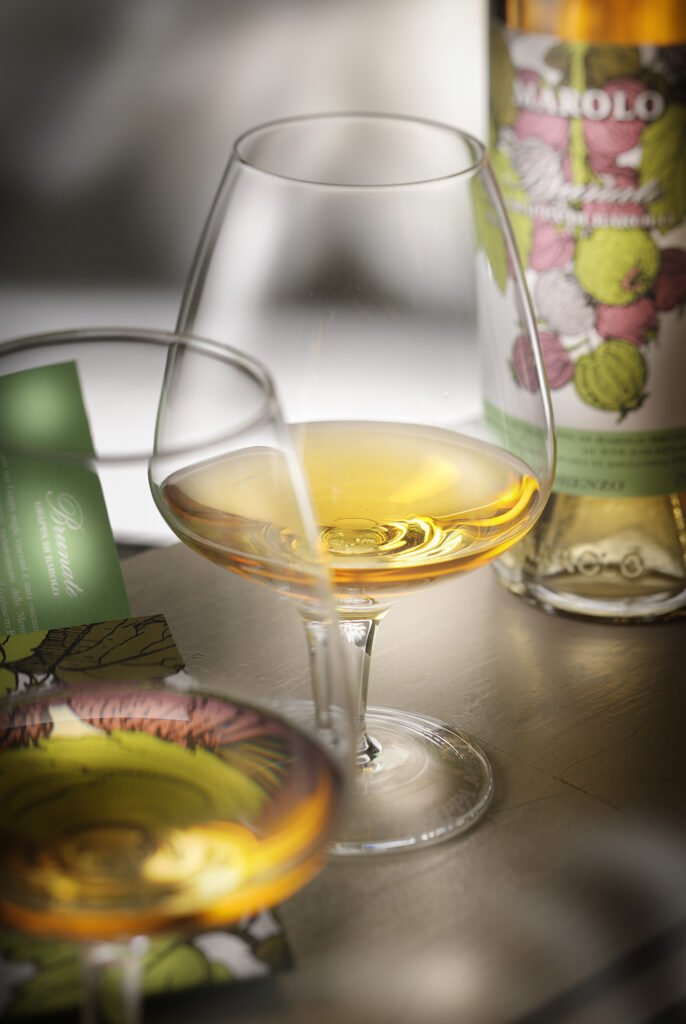