The world of food and drink is divided into craft and industrial production. This doesn’t mean the divide is between good and bad; it means that people follow different philosophies and the final products reach very different kinds of consumers, with different tastes, expectations, and lifestyles. Even grappa, originally made as a high quality craft product, has undergone mechanization and industrialization in the last several years in response to growth in consumer demand. Standardized products have recognizable characteristics and none of the defects that can come with craft production.

Then there is craft grappa that resists industrialization, searching instead to preserve the “imperfections” of the raw material—imperfections that give the final product its inimitable character. What are the main differences between craft and industrial grappas? Let’s take a look. 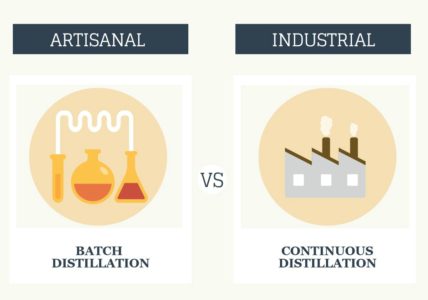 Whether direct flame, bain-marie, or steam, the batch alembic (also called discontinuous) is the first instrument needed to create craft grappa. It is called “batch” because at the end of every cycle of distillation, the process is interrupted to empty the still of used marcs and fill it with new. This kind of alembic is made up of the boiler, cover, “swan neck” or “bird’s beak” (connecting pipe and head), dephlegmator, and cooling coil. Variations (noted above) indicate how the marcs are heated. The direct flame method has almost completely disappeared because it is difficult to regulate the temperature; burning the marcs is not uncommon. Bain-marie permits a delicate extraction of the aromas of the marcs, which are heated by water vapor inside the boiler cavity. The alembic built from a series of copper boilers uses flowing steam: at the base of each boiler is a stream of vapor that can be regulated and extracts the alcohol and aromas from the marcs in each boiler.

The industrial method, called continuous distillation, never ceases its distilling activity, allowing for large amounts of grappa to be made. Constructed principally of two columns (one which contains the raw material to distill, the other various components of distilled product), it doesn’t need breaks or pauses to cool down. An advantage is that it produces a distillate of dependable quality—with neither defects nor unique qualities. 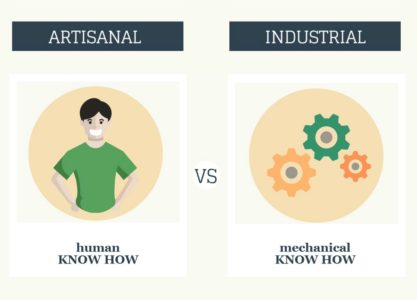 We’ve already mentioned how the presence of a master distiller is fundamental in artisan production. The human hand is essential in tasks like emptying the boiler and filling it with more marcs at the end of every cycle, but it is needed for more reasons than that. The experience and knowledge gained from first-hand work makes all the difference between good and excellent quality. It is not easy to maintain pleasant aromas and eliminate unwanted components, or what’s called the “head and tail” in production.

The first part of the distillate that comes out of the alembic is called the head. If not properly eliminated, it leaves an unpleasant odor as well as a small percentage of methanol, which is toxic. And the tail has a lot of fatty substances. A distiller needs to know when the head ends and when the tail begins so that they can be eliminated, thus retaining only the most prized and aromatic “heart” of the grappa and ethyl alcohol. A master distiller decides the style of grappa and intimately knows his or her instruments of production and the marcs to produce a unique and unrepeatable product.

Nowadays, even continuous cycle production can produce good quality grappa, but only if excellent quality raw material is used and the steam temperature is closely monitored. In this case, the fractionating column has the job of separating the head and tail from the heart of the distillate. The mechanical procedure does not allow for human decisions in making the final grappa. Large quantities are made, all with the same characteristics and of the same quality. 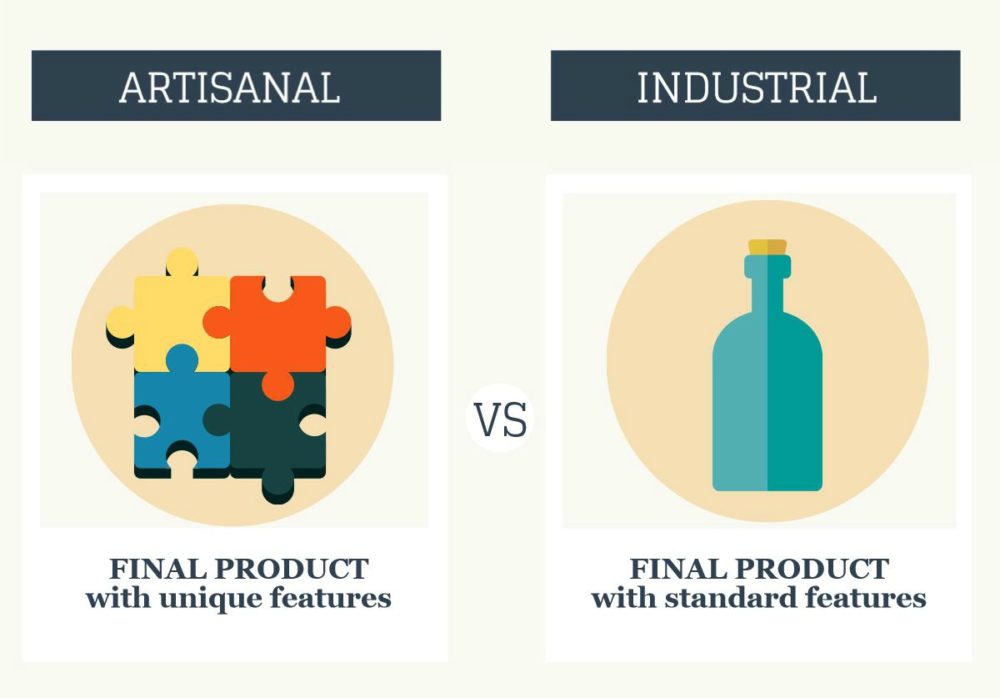 As with many things in life, patience is a virtue. It’s certainly true for grappa, and time is the distinguishing characteristic in craft production. Made with batch alembics (and producing grappa that comes out at 60-75°C), craft grappa is adapted to aging and maintains its aromatic properties. This is possible because extraction is done at controlled temperatures and with an extended period compared to the continuous cycle. The continuous cycle, in fact, can reach 86°C (the highest temperature allowed by law). High temperatures and steam pressure rapidly extract what is called the phlegm, which, once it is distilled, must be corrected with abundant water to lower the alcohol content. These are ready-to-drink products—high quantities in minimal time. With continuous alembics of the latest technology, one can distill 2,000 quintals of marcs in just 24 hours, all at a low cost. On the craft side, grappa can be produced that requires a small amount of water added, thus maintaining intense aromas. The production numbers are another factor: with a bain-marie alembic, distilling 250 kilos of marcs can last two to three hours for white varieties or up to four for reds, varying from 25 to 200 quintals of marcs a day.

“Choosing between a craft grappa or the exclusive use of machines is a discriminating factor in the final quality of grappa. It depends on what the master distiller wants: to create a final product rich in aromas that can withstand time, or commercial distillates with good characteristics, but no aromatic nuances and less pleasure in drinking it.”

I really like your writing style, good information, regards for putting up eebbbgacbbeb

Thanks so much! Keep reading our #grappa adventures! ;D