Creating a dish where grappa is the main player is always a challenge. Many recipes include it among the ingredients, but relegate it to a supporting role. The Cordero family, which runs il Centro, on the other hand, has given the “Italian spirit” its moment of glory. It is not just a matter of offering a taste of grappa, but rather of giving it is own well-defined place in the meal where its characteristics and aromas can be enjoyed in an informed and distinctive way.

For about a year, il Centro has been offering a unique opportunity. After the cheeses have been served, guests can savour a special grappa granita, a blend created by the Corderos based on Marolo grappas.  Grappa di Moscato Apres, aromatic, with a characteristic almond note, 9-year old Grappa di Barolo, smooth and full-bodied, and a shot di Barbera, whose purplish colour dilutes to give the mix a pinkish hue.

To understand how il Centro created this recipe, we interviewed Giampiero Cordero. 31 years old, and a graduate of the Alba Oenology School, Giampiero oversees the dining room and the wine and spirits list with his father Enrico, while his mother Elide is the soul of the kitchen. 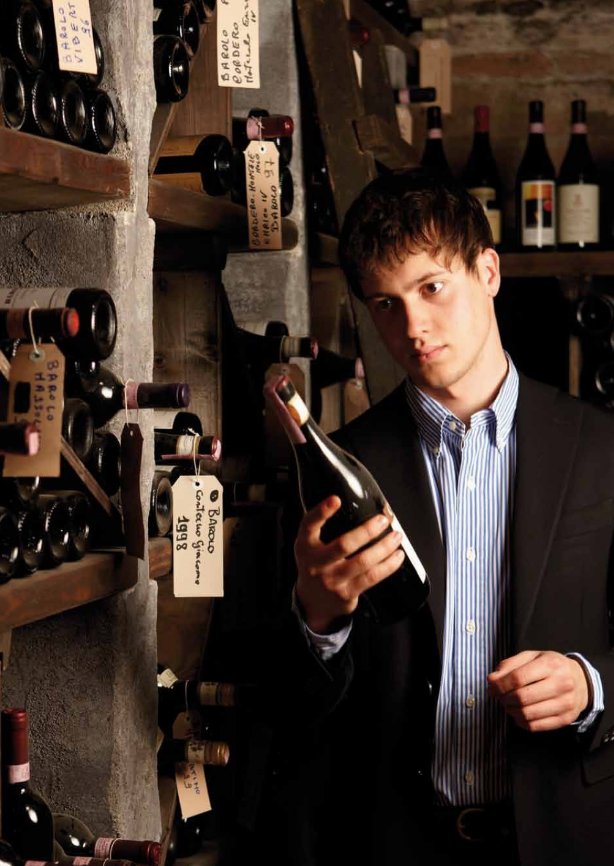 Giampiero, how did the idea for your grappa granita come about?

Our grappa granita came about first and foremost as the result of our personal friendship with Paolo and Lorenzo Marolo. For years we had been trying to create a dish that contained their grappas. Something fresh and distinctive that showcased their craftsmanship. So we thought about cheeses, and the way their fattiness could be enhanced and contrasted by the alcoholic and aromatic notes of grappa.

When do you serve the granita?

Immediately after the cheese tasting. The combination of the aromas and body of the two grappas used contributes to enhancing the cheese, and at the same time, cleanses the palate in preparation for dessert.

Is the granita your only recipe with Marolo grappa?

Actually no. For the distillery’s 40th anniversary, Lorenzo asked us to make some appetizers with fruit and grappa. We created two very summery recipes (the party was held in June, and it was very hot!). The first consisted of apples flavoured with grappa and Armoûgnan, the apricot aquavit also made by Marolo. The apples were served on a hollowed-out ice cube decorated with beetroot juice. The other recipe was the granita we have on the restaurant menu, and was served inside cones of watermelon flavoured with grappa di Moscato.

How is grappa perceived in the restaurant industry?

Grappa faces strong competition from other spirits such as Armagnac and whiskey. Especially in the past, it was considered a rough, unrefined drink, unworthy of accompanying a special meal. Nowadays, however, the “Italian spirit” is putting up a valiant fight, thanks also to the many artisans who, like Marolo, have raised its quality and profile as a “meditation” beverage. Now the ball is the restaurateurs’ court.  It is our job to select the best grappas and introduce them to our guests so they can appreciate them, without prejudice, by describing and promoting a product that is part of our traditional culture. 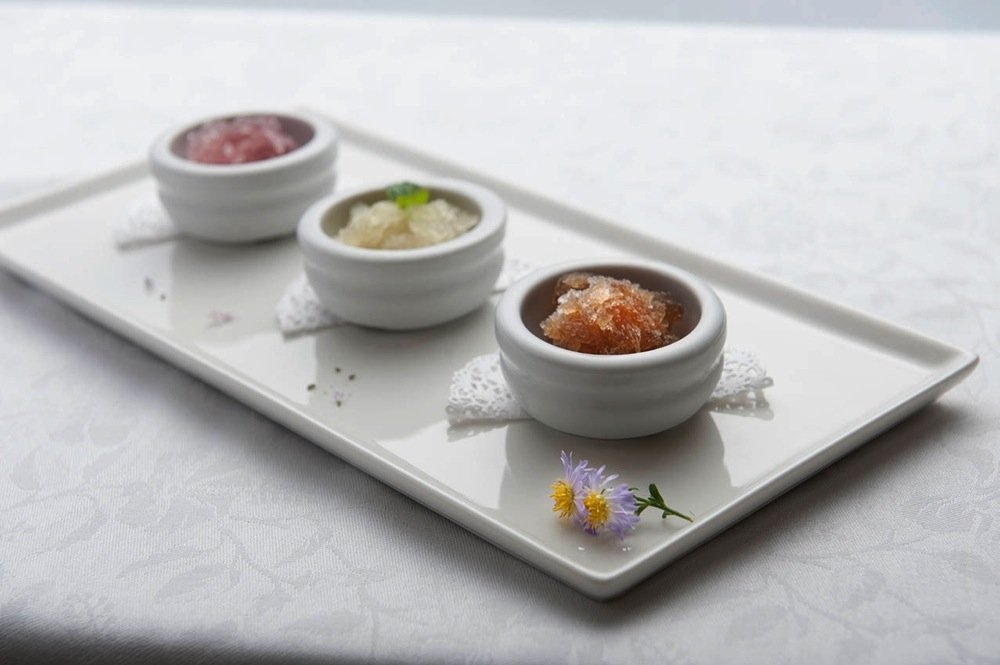 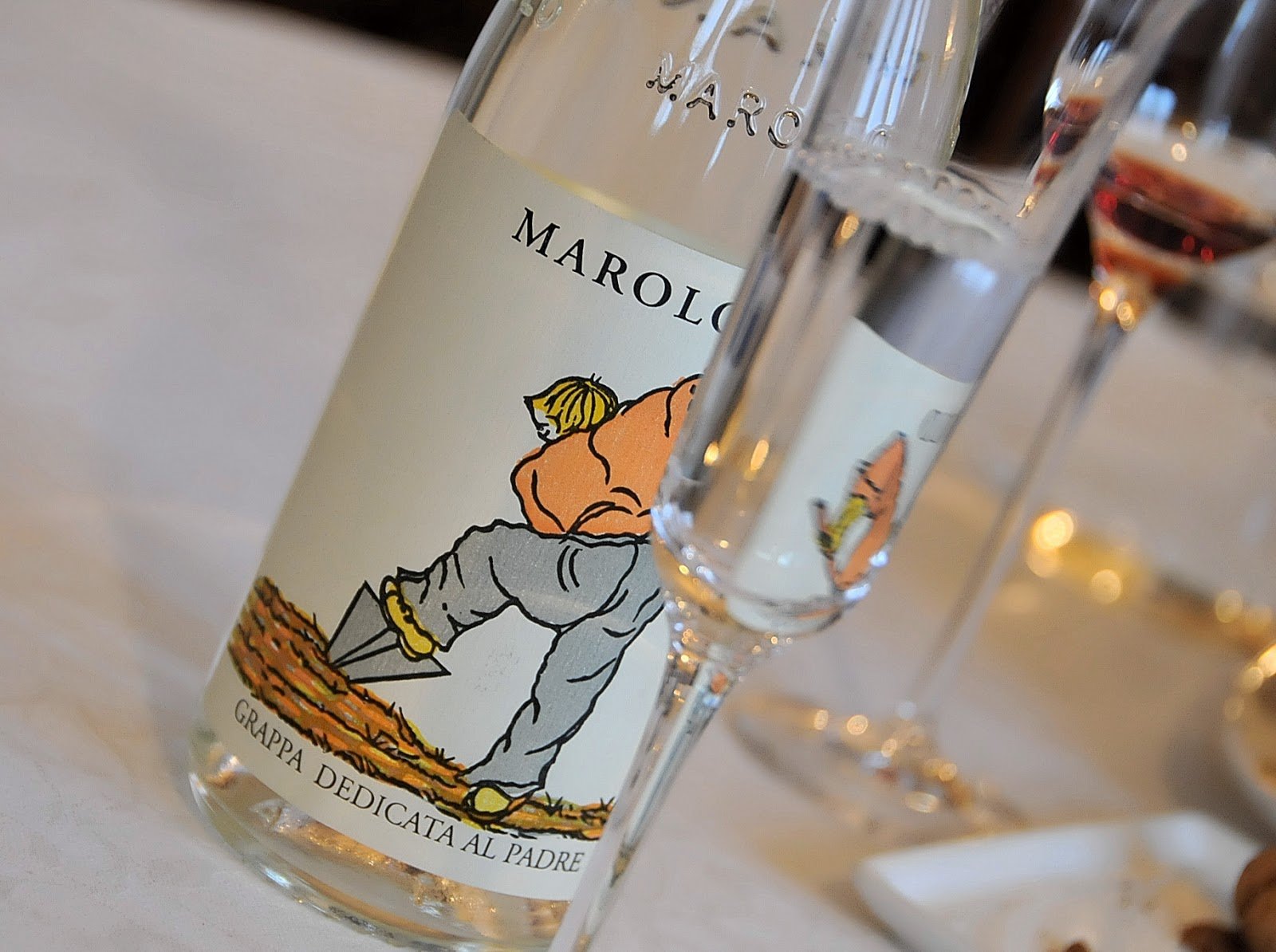