Toasts around the world

A mini-guide to how different countries around the world say “cheers” (because “cin-cin” in Japan and Italy are two totally different things)!

Have you ever asked yourself why we toast with alcoholic beverages and never with water? There are different theories as to why, but if you consider that in Italy we say both “cin-cin” and “salute” (or “health”), it’s possible that it comes from a time when drinking fermented and alcoholic drinks was generally considered healthier than drinking water. In fact, fermenting and distilling fruit juices was a way to disinfect nature’s natural liquids and conserve them over time, when modern health measures weren’t up to today’s par.

Now that we know how healthy it is to toast with a glass of wine (or other!), let’s take a look at etiquette around the world. The next time you travel, you’ll be ready to raise a glass!

In Spain, it’s believed that toasting with water will bring seven years of bad luck (between the sheets, to be precise). And don’t forget that the last drink of the evening is never called the “last,” but rather “next to last.” Your final drink will be at the end of your life. Salud!

Women are always served first, and glasses are never filled more than halfway, which is considered vulgar. Santé!

Scottish whiskey is called “Uisce beatha,” Gaelic for “water of life.” If you want to feel like a true highlander, remember to toast with a hearty, “Slàinte mhath!” [slanj’-uh], often abbreviated as slanj.

When toasting, remember to respectfully hold your glass lower than that of your guests and elders. Gān bēi!

Some drinking games (at least among the younger generations!) don’t permit you to use your hands to drink your shot of whiskey! After you down it, you’re ready for a tall glass of beer. Proost!

Never touch glasses—it’s considered rude! Why? In 1848, thirteen Hungarian revolutionaries were executed for leading the revolt against Austria. Their death was celebrated with cheers and clinking glasses, so for this reason Hungarians do not touch glasses when they toast. Egészségedre!

A Pisco Sour for the group! In Perù, it’s customary to use just one glass to share around the table for everyone. 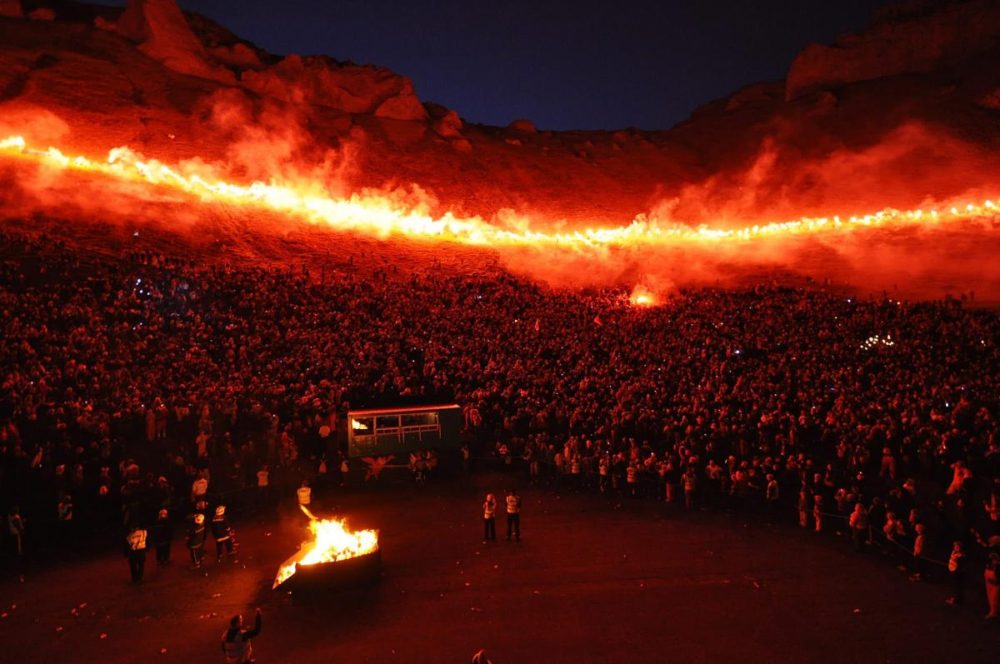 In Iceland, alcohol is celebrated twice a year. First is the annual beer holiday on March 1, and then there’s Verslunarmannahelgi in August—the weekend when Icelanders drink the most alcohol of all the year. Skál!

The Swedish custom is to sing a song with every round of aquavit—maybe it helps against the cold—followed by a nice glass or more of beer. Skål! 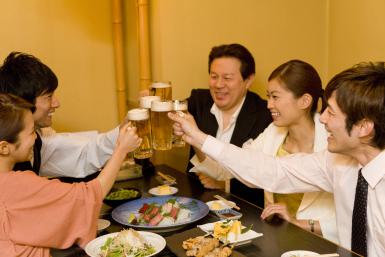 Don’t pour your own drink in your glass—allow the person sitting near you to do so. And of course, don’t forget to fill your drinking buddies’ glasses. Kanpai!