A liquor from the past. A forgotten Piedmontese specialty. A secret recipe.

After a months-long wait in which Marolo Distillery researched and experimented to bring this unique Piedmontese amaro back to life, Ulrich is ready to whet your palate (an amaro, for those of you who don’t know, is the Italian after-dinner digestif, often bittersweet and herbal).

Marolo revisited the recipe in full respect of the original ingredients, balancing the flavors and adapting the amaro to current tastes—showing both innovation and tradition.

Amaro Ulrich began when the 19th century botanist Dr. Ulrich founded his company in 1854. His business became one of the first Italian companies to specialize in aromatic plants on an industrial scale, using only Piedmontese and Italian ingredients. In a short time, Ulrich became one of most important companies in the herbal industry. Its products included extracts, infusions, amari, and syrups as well as vermouth, distillates, and chinato drinks—of which Ulrich was a proud producer.

In 1885, Ulrich received a golden medal from the Ministry of Agriculture, Industry, and Commerce for the work and passion that the company dedicated to its products. Last but not least, the amaro produced by Dr. Ulrich was given a royal patent from S.M. King of Italy, who sanctioned the authenticity of the recipe.

THE POWER OF 19 HERBS

Today, Amaro Ulrich includes nineteen herbs, fruits, and roots that make it not only a satisfying liquor, but also an efficient digestif. The notes of génépy, gentian, and anise stand out; the properties of its natural ingredients give Amaro Ulrich its unique and inimitable flavor. 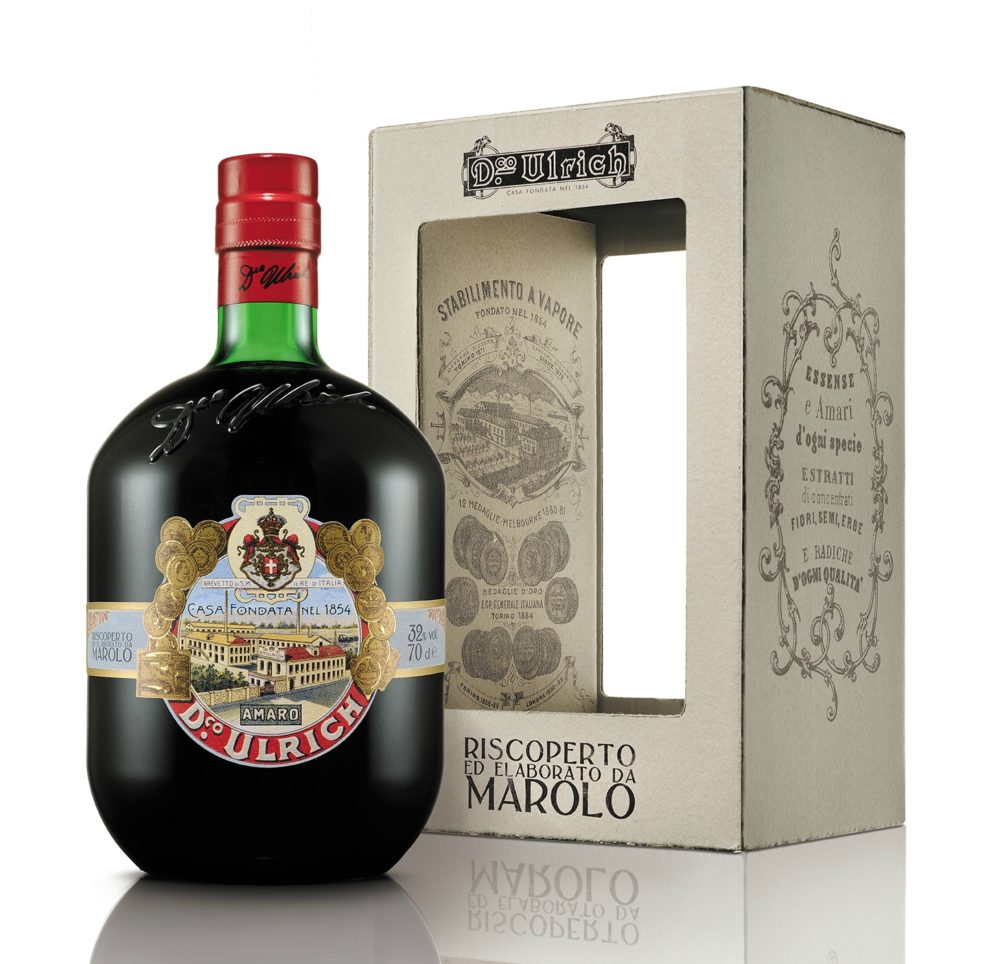 The design of the elegant bottle was inspired by the Italian vintage style. It’s packaged in a box that leaves nothing to the imagination, bringing the product to the consumer in a direct, visual, and tactile approach.

For an optimal tasting experience with Amaro Ulrich, we suggest you serve it smooth or on the rocks; but it’s also an excellent ingredient for preparing a wide array of cocktails: mixologists, step on up!