A history of cocktails: the origins

Making the best of something. This is often the law that governs human history, and that of cocktails is no exception.

Many people trace the birth of cocktails to the end of the 19th century, pointing to the change in tastes and fashion or the ingenious birth of the art of mixing as the cause of its origin. In reality, the origins of modern cocktail, like a number of other human creations, follow the laws of supply and demand, the invention of new production techniques and the reaction to certain external events.

The insect that has changed the market

The word “cocktail”, whose etymology is still up for debate, appeared for the very first time on May 13, 1806 on the columns of the Balance & Columbian Repository, a weekly magazine that was published in Hudson, New York. «A cocktail», it says, «is a stimulating drink made up of various types of liqueurs, sugar, water and bitters». A very modern definition, as if cocktail had already been born contemporary. But some clarifications need to be made. At the time, «liqueur» referred to a distillate made from grapes, wine or fruit. Drinking a «liqueur» meant asking at the counter for Brandy, Cognac, Spirits and, at least in Italy, for Grappa. It is therefore very likely that the first mix included these spirits to which, as is known, Vermouth was added, another liqueur obtained from a fortified and bitter wine base.

And while Vermouth was starting the trend of aperitif all over the world between the 19th and 20th centuries, the phylloxera dealt an almost fatal blow to viticulture. In Europe, where almost all of the planet’s wine production came from, the Daktulosphaira vitifoliae (the scientific name of the phytophagous insect known as phylloxera) has destroyed most of the vineyards, leading to the decline in wine production and the destruction of the ampelographic heritage of many nations.

All wine-based products have either risen in price or could no longer sustain the mass demand of the 20th century. The list of cocktails had to be drastically updated: instead of Brandy, Vermouth and Cognac, national and international liqueurs began to appear, once considered waste material or a product “of the countryside”. Gin, Vodka, Rum and Calvados, which the new industry could produce in enormous quantities, poured into the bars of the West, stimulating bar owners’ imagination and creativity and leading to the birth of mixing. The new liqueurs were the “alcoholic” and “neutral” core of the cocktail which, in order to improve and harmonize its taste, had to resort to the addition of fruit juices, bitters, spices and essences, all expertly dosed and balanced by the new figure of the mixologist.

And to top off the success of cocktails, two other elements came into play: the invention of soda, or sparkling water, and the industrialization of the production of ice. The latter, until the mid-1800s, used to be a luxury: it was stored in underground iceboxes (“dirty” ice, used to preserve food or to keep it cool) or sawn and extracted in blocks from frozen rivers and lakes in the northernmost areas of the planet (“clean” ice, which could be used in alcoholic beverages).

A first attempt to manufacture sparkling water has been made by Joseph Priestley, an Englishman who, in 1767, already discovered how to incorporate carbon dioxide to water. But its diffusion has been possible thanks to Anyos Jedlik, a Hungarian scientist who founded a sparkling water factory in Budapest. By the beginning of the 20th century, a bar could only be defined “good” if it had a pressurized siphon, patented in London by Hiram Codd, to be used to add “sparkle” to the most fashionable cocktails. 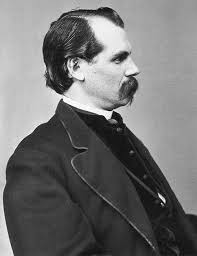 On the other hand, artificial ice has been invented by Thaddeus Lowe, an American whose first passion was actually aeronautics. Lowe, whose studies on hydrogen made him a pioneer of balloons, patented the first machine capable of cooling water through heat exchanges and transforming it into ice in 1866. If balloons have made him famous (these were used by numerous armies for inspections during war), it was ice that made him rich. His ice making machine revolutionized the cold food industry and offered everyone the opportunity to drink cool beverages, at a reasonable price and in any season.

Read on the History of Cocktails, Part 2