A history of cocktails, from Jerry Thomas to Prohibition

In the previous post we saw how phylloxera and the invention of “artificial” ice have contributed significantly to the birth of cocktail.

But if the need to find new drinks hadn’t been supported by human creativity, perhaps today we wouldn’t have the wonderful variety of contemporary cocktails.

Genius is not just the ability to invent something, but making an innovation successful, known and easily accessible. This is what we owe to Antonio Carpano, an Italian distiller, and to Jerry “The Professor” Thomas, born in Connecticut. The former was responsible for the invention, in 1786, of Vermouth, no longer as an invigorating “drug” but as a simple aperitif: the trend of Vermouth has spread from Italian cafés throughout Europe, favoring the birth of the first blends, whose fame reached even in the nascent United States of America. 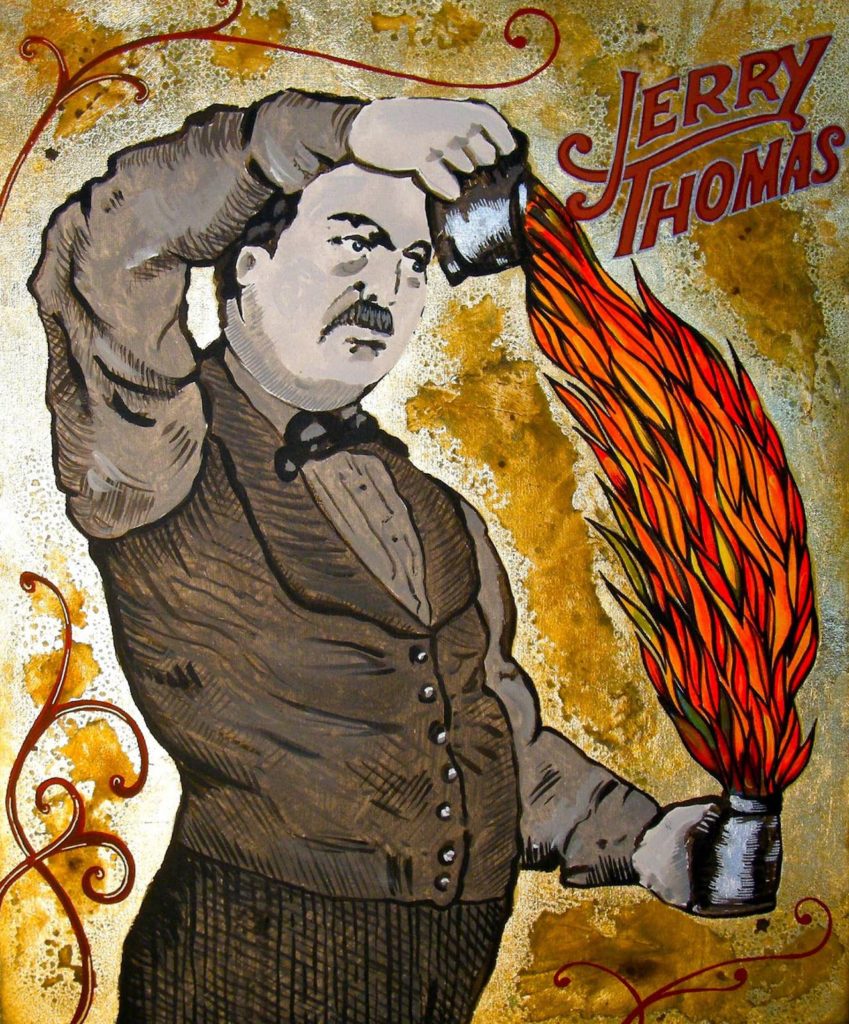 It is here that Jerry Thomas (1830 – 1885) became one of the best interpreters of the new art. After serving as a sailor, gold digger and variety organizer, in 1958 Jerry accepted the position of head bartender at the Metropolitan Hotel in New York. The pride of his position and the novelty of his proposals, mixed with an innate curiosity for the world of drinks, led him to become one of the most popular barmen in the new world. A few years later he founded his personal cocktail temple, Jerry Thomas’s, crushing the competition and becoming the best-known mixologist in the world, the favorite of all the celebrities of his time. What made Jerry immortal, however, was his generosity. If until that moment bartender recipes were sacred secrets, something that could only be inherited, Jerry published his creations in a book that is – and will remain – the Bible of Cocktails. Published in 1862, the Bar-Tenders Guide (How to mix drinks) was the first volume in history dedicated to mixing, containing the “secret formulas” of those cocktails that were the cornerstones of mixology, then becoming a cult within a generation.

Developmental psychology argues that when parents say “no”, this helps children grow, stimulating them to look for alternative solutions. Seen in this light, Prohibition was a blessing to the history of mixed drinks. Just as suddenly as cocktails invaded the premises of the USA under the pressure of the “Professor”, they disappeared. In January 16, 1920, the Volstead Act sanctioned the illegality of alcohol. Andrew Volstead, the senator after whom the law has been named, proclaimed that, without alcohol, «the gates of hell will be forever closed». However, those of the speakeasies opened, places where, between a chat and the other, smuggled alcohol or products produced in clandestine distilleries were illegally served. The result was that the quality of alcohol drastically plummeted and, to cover its bad flavors, exceptional aromatization techniques were developed.

The second generation of cocktails was born, with two important consequences. On the one hand, the fresh products and complex processes used by Jerry Thomas’ admirers were replaced by low-cost fruit juices and essences, easily available, storable and above all, quickly consumable: drinks such as Gin Tonic, Rum and Cola, and Vodka Cranberries became popular; and blends of simple workmanship were born such as Mint Julep, Seelbach, Champagne Cocktail, Mary Pickford and Mai Tai.

On the other hand, Prohibition forced US barmen to disappear or to emigrate. Not being able to work at home anymore, these “cocktail artists” brought the techniques and the trend of mixing around the world, infusing it, from time to time, with the ingredients and flavors of the cultures with which they came into contact.

Read on the History of Cocktails, Part 3

Read on the History of Cocktails, Part 1