Like the start of a new school year, September means new beginnings for Marolo Distillery. It just goes to show that getting off to a good start is half the battle!

We wanted to brighten the next few months with new flavors and aromas, something to warm up the body and soul. After patient work with distillation and aging, three brand-new grappas were created from the most noble varieties of Piedmont and Tuscany: Barolo, Barbaresco, and Brunello.

Our new grappas are unique because they are aged in two different barrels of different woods that, when mixed together, give them incredible scents and flavors of fruits and spices. Hence, the name Doppio Fusto – Double Cask! 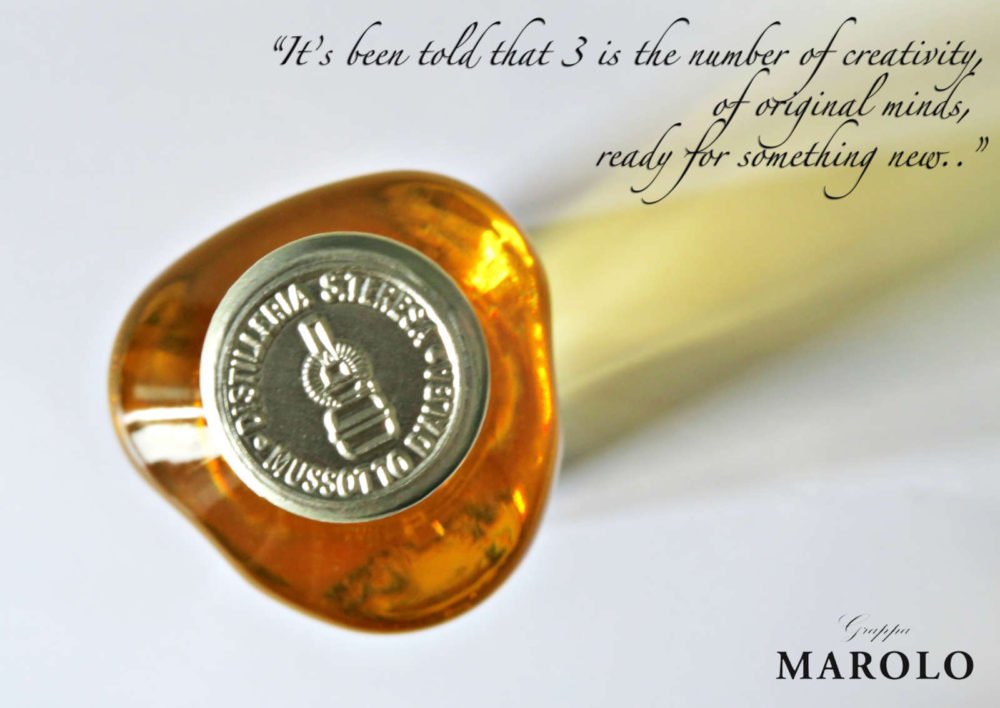 In a nod to the use of three different types of wood (each one paired with oak) and the choice of three different grape varieties, we designed and created a new bottle in a 50cl format: its base is triangular and gives three new perspectives to the packaging.

Among all these novelties, what hasn’t changed is the attention to the quality of raw materials (the marcs), which has always distinguished our work here at Marolo.

Fresh marcs from Barolo are distilled in a bain-marie. To represent the oak and acacia barrels used to age this grappa, we chose blackberries, whose brambly bushes are commonly found in nature. It is a shrub that grows well in high altitudes and is very resistant to the cold temperatures of winter and to late frost. Will this be the Doppio Fusto grappa to warm your winter?

Oak and chestnut give this Doppio Fusto grappa its spicy, floral aromas. You’ll be able to recognize it because of the “false fruit” on its label, a pair of rosehips. Rosehips are harvested during the colder months and are known for preventing winter illnesses. Grappa di Brunello, a fireplace, and a pair of good friends? Sounds like a winning team!

Oak and cherry give delicate, characteristic aromas to this grappa. The Barbaresco Doppio Fusto grappa completes the Marolo Double Cask trilogy, presenting itself with a rich, enveloping character. Two red raspberries adorn its label. According to Greek mythology, raspberries were sacred to Venus and to women. Raspberries are tempting: it’s difficult to resist these berries when you see their red fruits in the mountain forests where they grow wild. We bet you’ll find it just as hard to resist the aromas of the Grappa di Barbaresco Doppio Fusto.