Homegrappers, can grappa be made at home?

Those who live near a wine area know this well: if you get invited for dinner by someone who is associated with the wine world or who makes wine, when it is time for the ammazzacaffè (a small glass of liquor usually consumed after coffee to dull its taste) the host will bring an anonymous bottle containing a liquid whose color ranges from transparent white to pale straw yellow.

Its content will then be poured into small glasses and, acting somewhere between suspicious and thrilled, he will then say: “This is homemade, eh?”

If beer can easily be made in a living room and wine can be prepared in a garage – with the right equipment – then, is it or is it not possible to make grappa at home?

In the past years the “DIY” phenomenon, otherwise known as “Do It Yourself”, has been a huge success. There are proper classes through which you can learn to do just about anything: dry stone walls, briar tables, floral arrangements, hanging gardens, hydroculture. Even professional industries that require skill and that are highly-specialized – like the wine industry – have become a practice ground for numerous amateurs. Among these, the “fermenters” and “distillers” have the most numbers.

It all started with beer and its corresponding kits, available at any supermarket. Then, wine kits came: these may have different results due to the complex nature of producing homemade wines (however, “garage-wines”, like how they are called in the USA, are a consolidated reality). Finally, even grappa and spirits have been – and still are – swept by the “homemade” wave, earning the name “homegrappers”. But, as always, there is a but!

First and foremost, homemade grappa is not something new, though it has a “cooler” name. In the 14th and 15th century, an entire generation of farmers and winegrowers has mastered the art of distillation, “stealing” or learning it from alchemists, who have probably decided to turn their “spiritual research” of the quintessence into something more profitable. Homemade grappa was also the result of the need to better manage household economy. According to the local saying “nothing is thrown away, everything gets reconverted”, even the pomaces used to make wine could also have a second life. So, just like how they make use of excess grain in Scotland, in Italy “making spirits” from skins and grapeseed of crushed grapes began, producing the very first, and unrefined, three-colored grappas. It’s no coincidence that farmer stills have spread mainly in vineyard areas. In the 17th and 18th century, there are also accounts of stills on wheels, machineries that more or less work and that go from cellar to cellar to distill local pomace.

AT PRESENT, CAN GRAPPA BE MADE AT HOME? 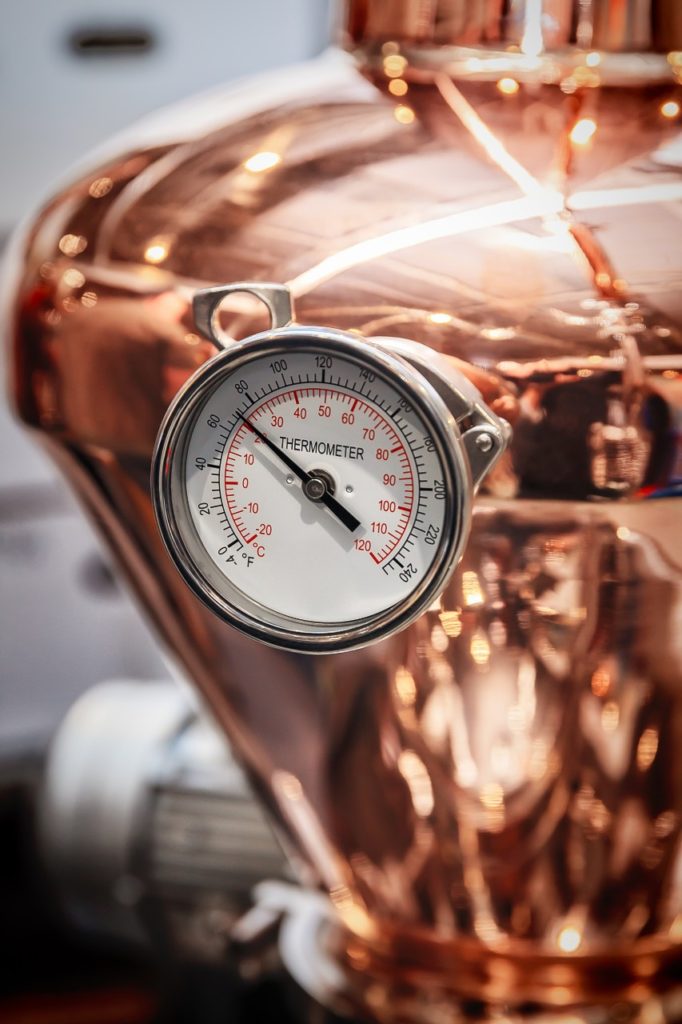 It can be done, with due precautions: but it cannot be called “grappa”. The Italian Government prohibits “grappa” production outside of the area regulated by an excise system and quality control. According to the Ministerial Decree: “Whoever illegally manufactures alcohol or alcoholic beverages will be punished with imprisonment from six months to three years, and the payment of a fine with an amount ranging from twice to ten times the tax evaded, at any rate not lower than 15 million lire”.

Furthermore, homemade distillation is quite dangerous and it doesn’t guarantee the quality of the finished product. Grappa is quite like a snake: it has a “tail” and a “head” that have to be kept under control because these are where methyl alcohol and other higher alcohols settle (for more information, read our entry about purification).

A master grappa maker knows how to perfectly get rid of both the “tail” and the “head”, thus avoiding poisoning. Lastly, before being released to the market, each grappa lot produced undergoes examination by competent government authority, who issues an authorization only after analyzing the product’s healthiness.

It is only then that it can be called “Grappa” and be enjoyed without any worries.